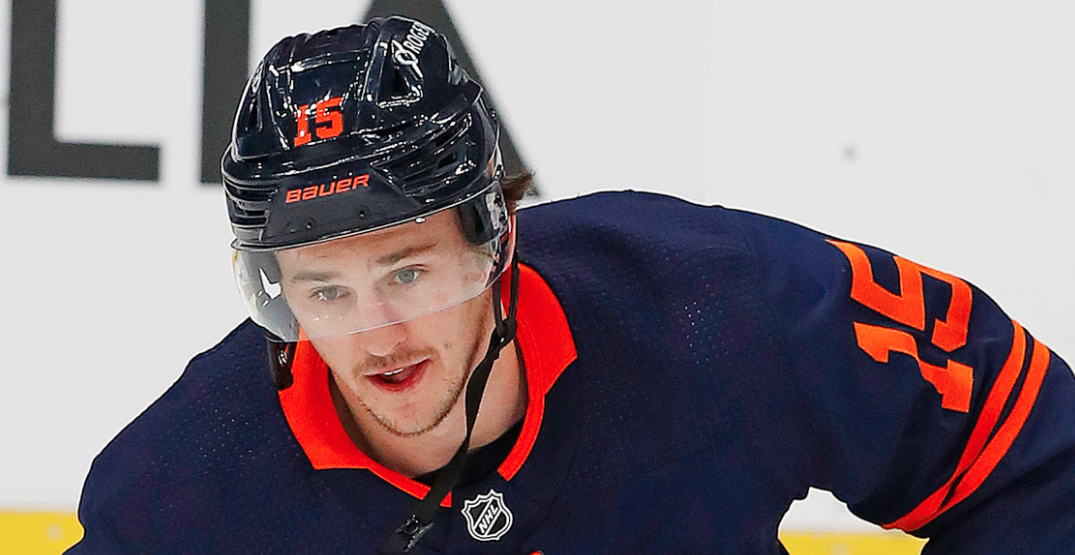 The Edmonton Oilers are shaking things up.

On the heels of a 4-3 loss to the Los Angeles Kings in Game 1 of their first-round series of the Stanley Cup Playoffs, Oilers coach Jay Woodcroft is shuffling up his bottom-six forward set, inserting Josh Archibald into the fold and sliding Warren Foegele to the fourth line, among the moves.

Edmonton opened Game 1 with Nugent-Hopkins between Foegele and Derek Ryan on the third line, and a fourth-line pair of Ryan McLeod and Zack Kassian — opting for an 11 forwards, seven defencemen setup.

Nugent-Hopkins between Ryan and Archibald, and Foegele will drop to the fourth line with McLeod and Kassian.

Blueliner Kris Russell will exit the lineup for Archibald.

Mike Smith is expected to start for a second straight game. He allowed four goals on 35 shots in the series opener, including one after a puck-playing gaffe that eventually resulted in the Kings’ game-winner.

Here’s how the Oilers lines will shake out.

Devin Shore and Derick Brassard are expected to be scratched a second straight game up front, and Philip Broberg will join Russell as defencemen who won’t suit up.