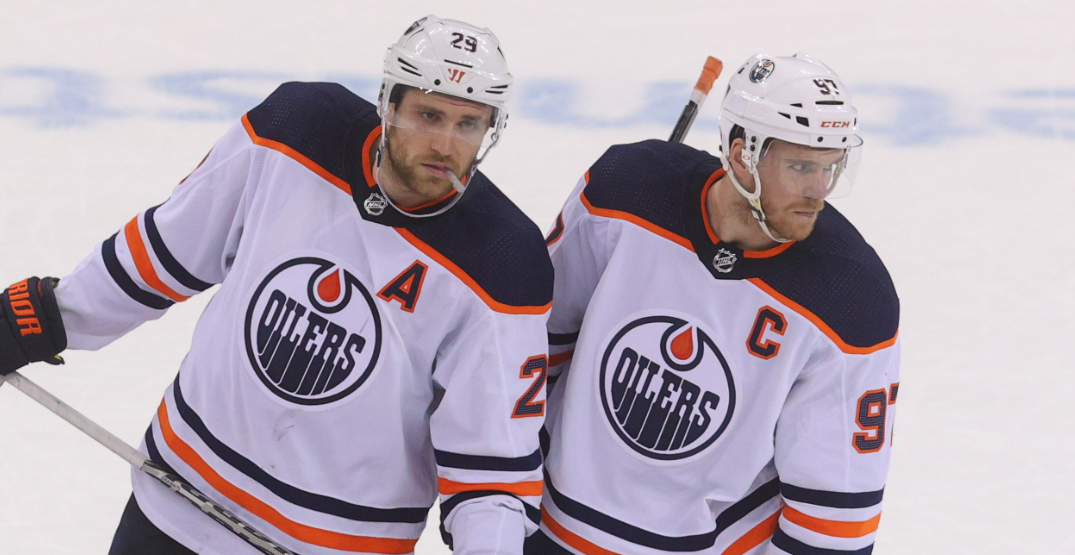 It’s do-or-die for the Edmonton Oilers, and coach Jay Woodcroft is going all-in.

Woodcroft will skate top forwards Connor McDavid and Leon Draisaitl on a line in Game 6 of Edmonton’s opening-round series against the Los Angeles Kings, with the Oilers trailing the best-of-7 series 3-2.

Another loss and Edmonton is eliminated.

McDavid led the NHL in scoring during the regular season with 123 points (44 goals, 79 assists) and was nominated for the Hart Memorial Trophy for the fourth time on Thursday. Draisaitl, who finished second in the NHL with 55 goals, was fourth overall in scoring with 110 points.

“I thought it was what went went to in the third period of last game and I thought they controlled the game and the big reason we pushed it to overtime there,” Woodcroft told media Thursday. “I’ve seen first-hand, especially early in their career, the type of magic that they can create. Looking to carry that over here into Game 6.”

“It’s a line that we played with a fair amount over the years and we’ve had some success,” McDavid said. “Looking for that tonight.”

The Oilers will also be without their top defenceman in the game.

Darnell Nurse, who was suspended for one game for his head-butt of Phillip Danault in Game 5 on Tuesday. Nurse leads the Oilers in ice time in the series with an average of 21:45, and has two points (one goal, one assist) and a +5 rating in five games in the series.

Here’s how Edmonton will open Game 6, according to Jack Michaels of Sportsnet: