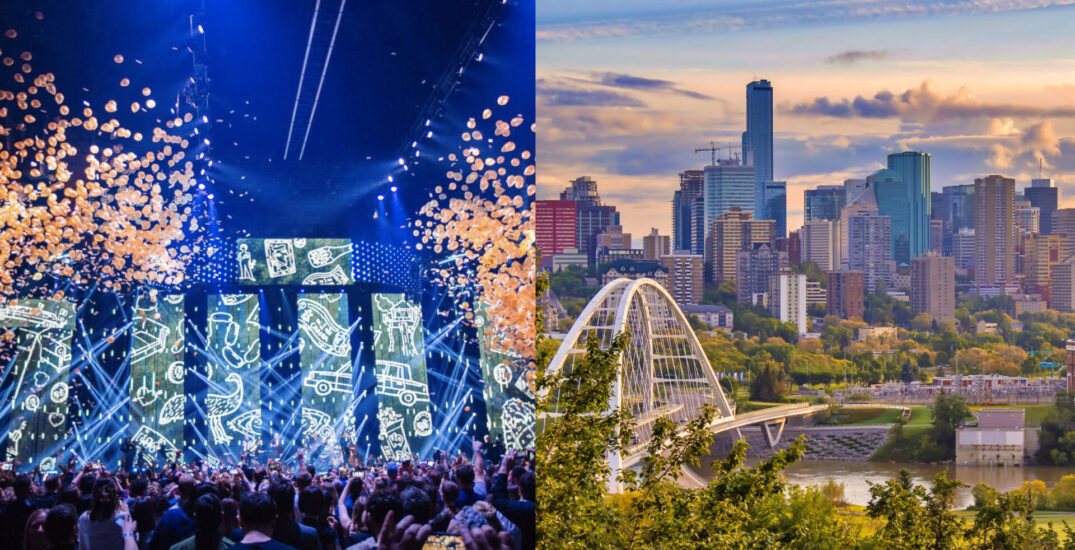 For the first time in nearly two decades, The JUNO Awards are returning to Edmonton.

The 52nd Annual JUNO Awards will take place on March 12, 2023, at Rogers Place, as announced by the Canadian Academy of Recording Arts and Sciences (CARAS) on Tuesday.

YEG will once again host Canada’s largest celebration of music next year, including the awards evening and all of the JUNO Week festivities from March 6 to 12, 2023. The awards show will be broadcast live on CBC for the whole country to enjoy.

The JUNOS last took place in Edmonton in 2004; however, they’ve been in Alberta since, happening in Calgary in both 2008 and 2016.

“After nearly two decades, we are ecstatic to bring JUNO Week back to Edmonton,” said Allan Reid, President, and CEO, CARAS/The JUNO Awards, in a press release from The JUNOS.

“The city is a unique cultural destination with a proven commitment to championing the arts and we can’t wait to shine a light on its flourishing music scene,” Reid added.

After nearly two decades, The JUNO Awards are returning to #Edmonton, AB! The 52nd Annual JUNO Awards will broadcast live on @CBC from Rogers Place on Sunday, March 12, 2023. pic.twitter.com/DD9ojWuppU

This is the second time that the province’s capital will welcome The JUNO Awards, after the first visit in 2004 when Alanis Morissette hosted the show.

“Home to a tight-knit music community and a range of diverse talent, Edmonton is a hub for excellence in music,” reads the release. “With dedicated support to its homegrown talent, countless acts flow from the province.”

“We are ecstatic to welcome back the JUNO Awards to Edmonton!” said Traci Bednard, CEO, Explore Edmonton, in the release. “Our city has changed so much since it was last here in 2004 and we’re thrilled to show off Edmonton as an entertainment destination.”

Bednard says small music venues have had it rough the last couple of years due to the pandemic and it will be great to reinvigorate the industry.

The news comes just ahead of this year’s JUNO Awards, which are set to take place in Toronto this weekend, hosted by Shang-Chi star Simu Liu.

Writing my Junos opening monologue and I am CACKLING!! Join me this Sunday May 15th at Budweiser Stage in Toronto or live-to-air on @CBC as we celebrate the biggest night in Canadian music!

The 2022 JUNO Awards will be the first in-person edition of the show since 2019. The event will air live on Sunday, May 15, across Canada on CBC starting at 6 pm MST.