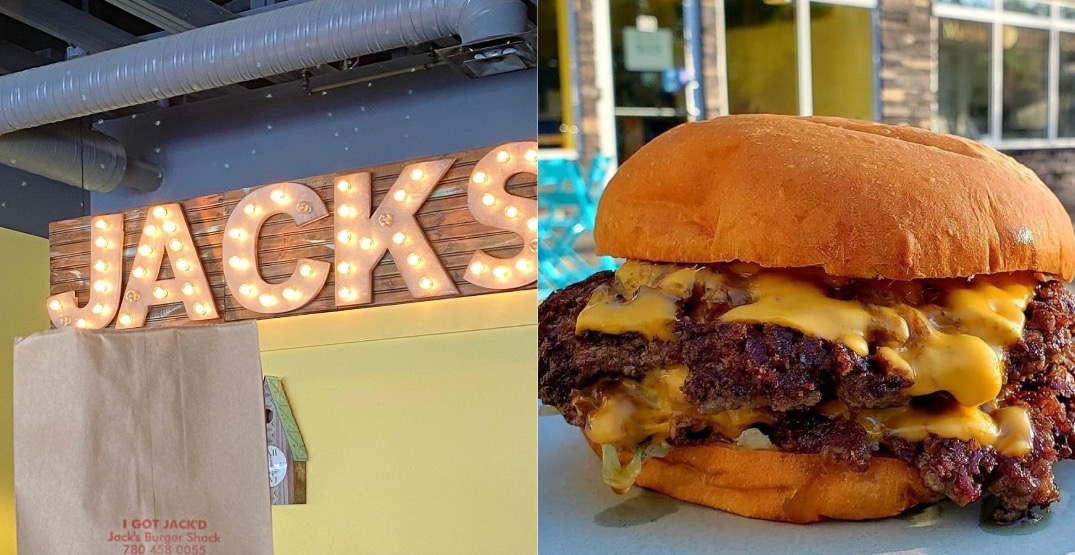 A restaurant just outside of Edmonton known for its massive burgers is set to open its first location in the city.

Jack’s Burger Shack in St. Albert has been in business for nearly a decade and will be opening its first Edmonton restaurant in the downtown core at 10354 Jasper Avenue.

“We’re looking to quietly open while still doing some decorating the last week of November/first week of December,” the restaurant told Daily Hive.

Jack’s currently has nearly a dozen burgers to choose from on its menu, and they all come in monstrous sizes. We love to see it!

Their poutine and shakes are definitely something to write home about too.

We’ll keep you up to date on when the store will officially open its doors. Until then, a little road trip to St. Albert may be in order for a delicious burger, don’t you think?