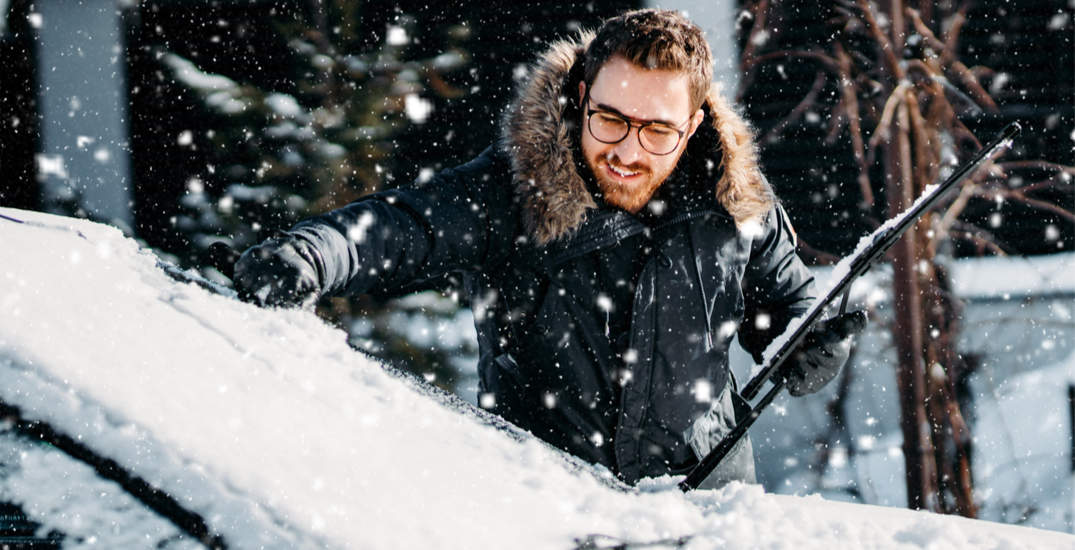 The first taste of winter may be imminent for Edmonton, as flurries are forecast to move into the city Tuesday evening.

We sure had a good run. Usually, we get a big dump of snow by this time of year. Remember trick-or-treating in a full snowsuit once or twice as a kid? Yeah.

According to Environment Canada, Edmonton will see a high of 4ºC with increasing cloudiness as the day rolls on.

Things start to change as we head into the evening, with a 60% chance of flurries and a low of -3ºC with a windchill making it feel like -5ºC. 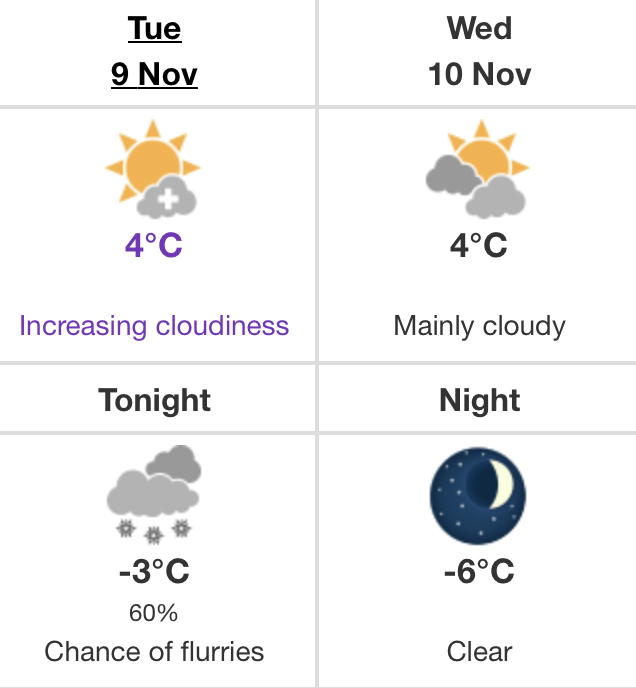 This time last year, there was already 15 centimetres of snow on the ground in Edmonton, the most since records began in 1996, according to Environment Canada.

The most significant snowfall on November 9 was back in 1996 when 5 centimetres fell. Hopefully, we don’t get that much!

It could be worse, though. Portions of the Rockies received up to 15 centimetres of snow on Monday, with a snowfall warning evening being issued by Environment Canada at one point.

So throw on a movie and stay in tonight as the flurries move into Edmonton. You’ll thank yourself for it later.