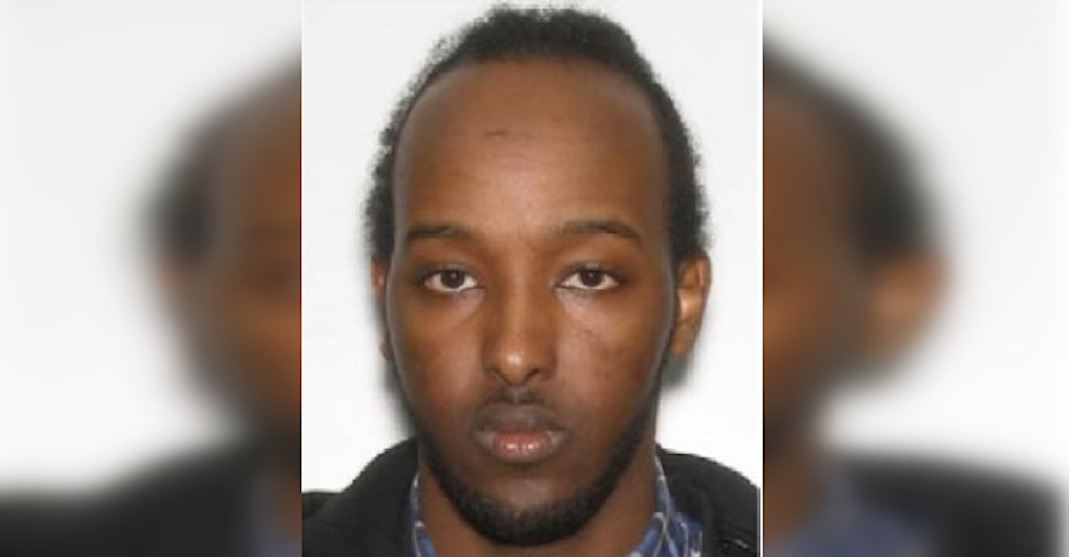 Edmonton Police Service is seeking assistance from the public in locating a man wanted on a Canada-wide warrant.

The man is wanted in connection to an attempted murder that took place in Edmonton last December.

According to a release from EPS, on December 2, 2018, at around 1:35 am, “police were called to an establishment in the area of Jasper Avenue and 100 Street on a report of a weapons complaint. Upon arrival, officers located a 31-year-old man who had been shot. The man was treated and transported to hospital by EMS with life-threatening injuries.

Investigators believe Farah to be armed and dangerous and should not be approached.

Farah is described as a black male, 5’11” tall, and approximately 160 pounds. He also has brown eyes and thinning black hair.

Police say investigators believe Farah could be in the Toronto, Ontario, or the Saskatoon, Saskatchewan area.

Charges have been laid against four other individuals in relation to this incident.