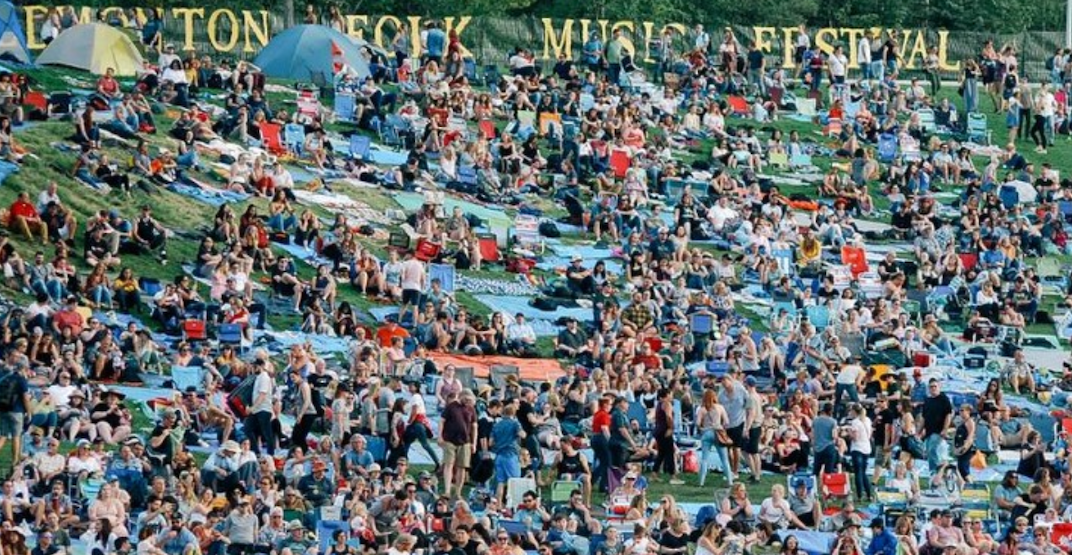 The organizers of the Edmonton Folk Festival announced today that the festival is officially cancelled as a result of the COVID-19 pandemic.

The 41st annual festival was set to take place from August 6 to 9, but as a result of the restrictions on large gatherings amid the pandemic, the organizers have decided to pre-emptively cancel.

“In light of the global pandemic and the implications it has for large gatherings, the decision, though deeply disappointing, was necessary,” said the Edmonton Folk Music Festival Society in a statement.

“We will work to reconfirm the artists lined up for this August for a future year and we won’t be releasing any information on this year’s lineup.”

Many local businesses take part in the community festival, and the organizers say they will be releasing more information on the local artisans, food vendors, and suppliers that remain open so that Edmontonians can continue to support them.

The not-for-profit, volunteer-driven organization also says they will be turning their focus into helping out the community in the meanwhile.

“You are good neighbours on the hill, and now you have a chance to be a “good neighbour” all year and to bring that folk festival spirit to your community, your family and your friends,” said the Folk Music Festival Society.

“Until we return, keep listening to great music.”