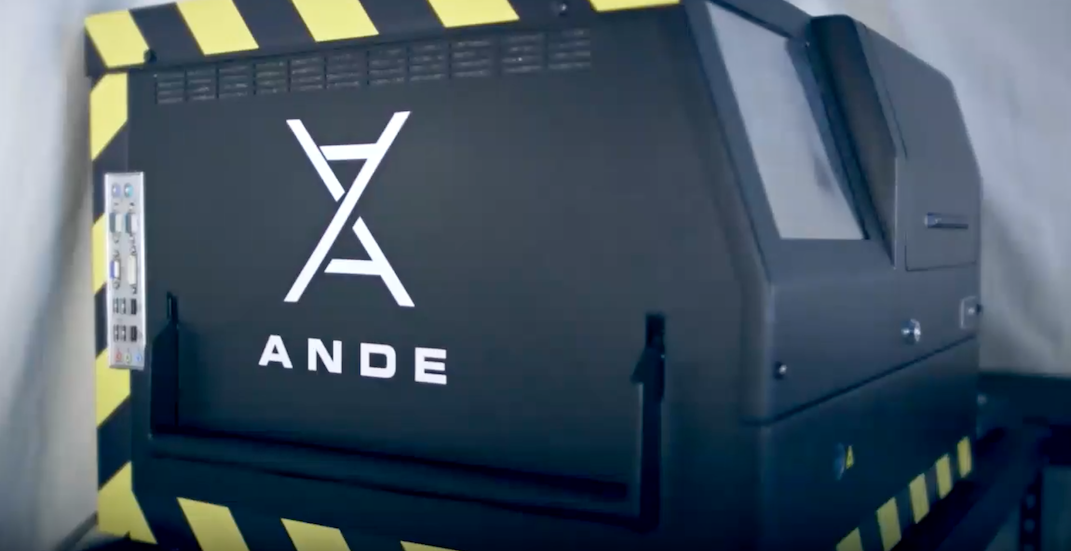 In a new partnership with ANDE Corporation, Edmonton Police Service is launching a pilot using ANDE Rapid DNA Identification System “in an effort to solve crimes faster and expedite closure for victims.”

The ANDE Rapid DNA Identification System is “a scientifically-proven technology that generates a DNA identification from forensic samples in less than two hours,” said a release from ANDE.

What makes this technology noteworthy is that while the processing and data interpretation steps are the same as conventional labs, with Rapid DNA, the samples are processed and the resulting data interpreted automatically.

“The DNA ID is based on the size of approximately 20 fragments of “junk DNA” and does not reveal information about an individual’s appearance or medical or behavioural conditions,” said the release.

The technology was developed by ANDE over the course of several years, and now, Edmonton gets to be the first to put it into action.

“This project will be evolutionary for the City of Edmonton, and with Chief McFee and his team’s leadership. Rapid DNA, as a force multiplier, could become an integral part of every community safety and crime reduction strategy across the nation,” said Alex Kottoor, Canada’s Managing Director at ANDE.

The pilot will run for 90 days and will be managed out of the EPS Forensic Services Branch.

“Policing as a whole is transforming, and a significant component to our strategy is leveraging technologies that can create immediate value and impact,” said Chief of Police Dale McFee.

“We are pleased to be piloting the use of Rapid DNA for a public safety mission here in Canada, and we are looking forward to the results of this trial.”

An example of how the technology works can be seen below: