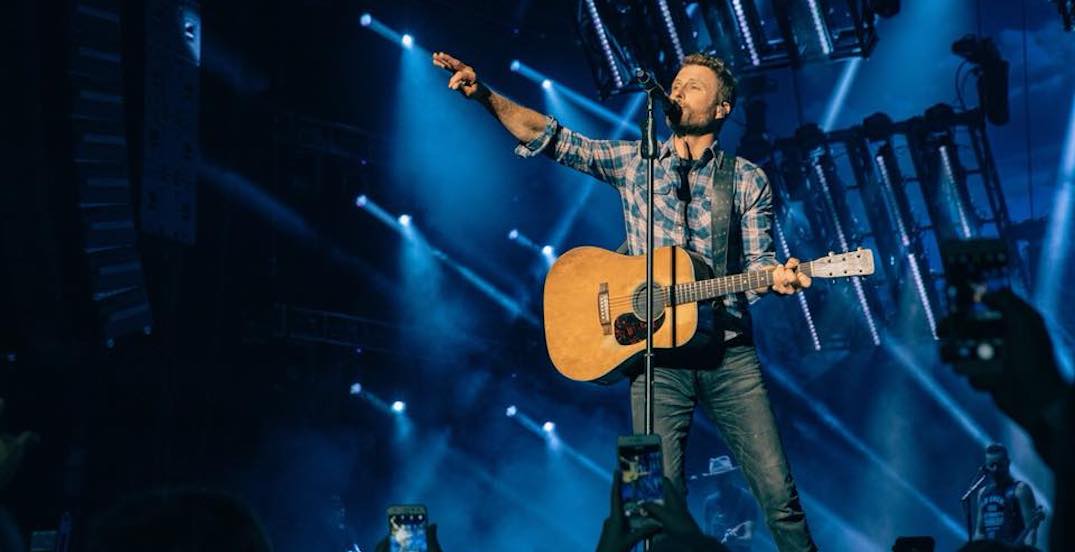 Get ready, country music fans. Dierks Bentley has announced he’ll be coming to Edmonton in January with his Beers On Me Tour.

Bentley will be joined by Jordan Davis and Tenille Arts as opening acts during his stop on January 21, 2022, at Rogers Place Arena.

And you thought the #BeersOnMe tour was over… We’ll be back on the road in January with @JordanCWDavis @TenilleArts (CANADA only) and @LaineyWilson (US only). Tickets on sale Nov. 5th, join the fan club for access to pre-sale tickets starting Nov. 2nd: https://t.co/f3mbSVYd0k pic.twitter.com/kcsQidEiWu

Tickets go on sale on November 5.

He’ll also be making stops in Calgary on January 20 before heading out to BC for a show in Kelowna on January 28 and a performance in Vancouver on January 29.