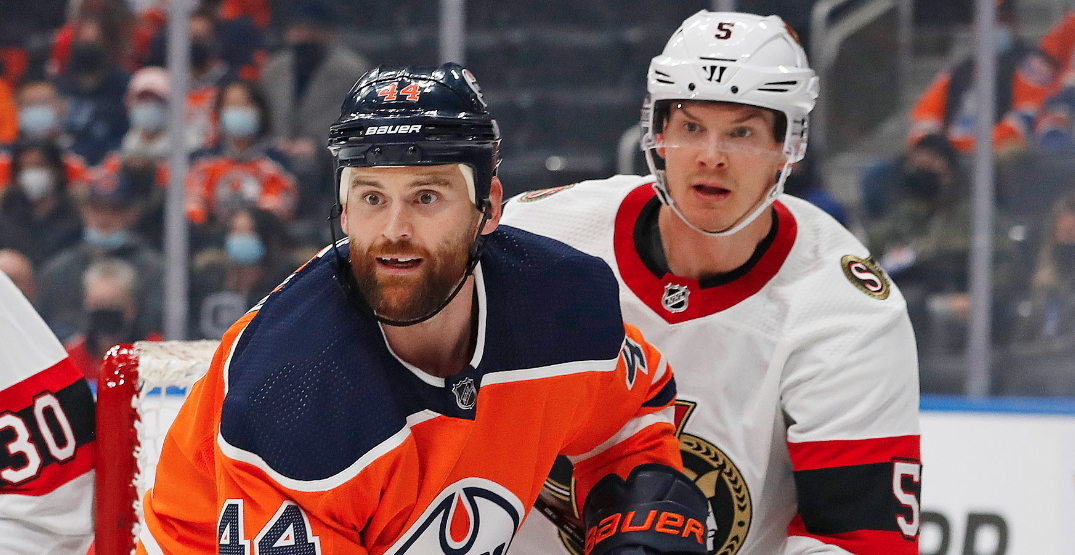 Yes, the Edmonton Oilers probably should be in the market to acquire a defenceman in advance of the NHL Trade Deadline on Monday.

No, it probably wont be Jakob Chychrun out of the Arizona Coyotes or Hampus Lindholm via the Anaheim Ducks.

It clearly won’t be Ben Chiarot, who was optioned from the Montreal Canadiens to the Florida Panthers on Wednesday.

But adding a defenceman that could slide into a middle-pair might make sense for the Oilers. As it stands, a healthy blue line features combos of Darnell Nurse and Cody Ceci, Duncan Keith and Evan Bouchard, and Kris Russell and Tyson Barrie. Add in William Lagesson as a seventh.

There are upgrades out there, and they are there to be had for the Oilers.

March 21 is just on the other side of the weekend, after all.

Justin Braun is certainly not the sexiest name on the trade market when it comes to defencemen likely to be available, but he might be one of the more steady options. Braun is a pending unrestricted free agent that makes $1.8 million annually, so squeezing in his cap hit shouldn’t be too difficult. Though he’s got just 15 points (five goals, 10 assists) in 60 games, the 35-year-old Braun is logging his fair share of ice time, clocking in at 20:03 per game. The 6-foot-2, 205-pound defenceman is a rare plus-player on the Philadelphia Flyers, too.

Like Braun, Nick Holden is hovering around that 20-minute mark in ice time per game, logging 20:06 on a rebuilding Ottawa Senators squad. He won’t impress with offence — he’s got 13 points (four goals, nine assists) in 54 games — but does have the defensive characteristics to help anchor a middle pairing. He logs an Ottawa-leading 3:18 of ice time shorthanded per game, speaking to the reliability in his own end, and he’s third in both hits (91) and shot blocks (83) on the Senators. He comes equipped with another year remaining on his contract.

It might take more than one is willing to pay to pry Luke Schenn from the Vancouver Canucks. He’s far and away their most physical defender with 194 hits on the season, and he’s proven to be an equal player when it comes to shot attempts, with a 50.7 percentage. He’s a two-time Stanley Cup champion, so the experience is there. He’s also logged top-pairing minutes alongside Quinn Hughes. The 32-year-old right-shot has one more season remaining on a value contract, too. The downside is he has 12 points (three goals, nine assists). The upside is he can play in any pairing on the back end. The downside is the ask will be big from a division rival, even if Vancouver opts to sell at all.

From a pure player standpoint, Colin Miller might be the best option on the list. He just returned to the lineup after missing 23 games because of an undisclosed surgery, but a rested Miller, a right-shot, would slot nicely into Edmonton’s second pair. He averages close to 20 minutes per night and is steady with the puck. The issue is making Miller fit. He comes at a charge of $3,875,000 and has a bonus year remaining on his contract next season. With the Oilers tight to the cap, it might be hard to finesse Miller in.

The Montreal Canadiens have already shipped Chiarot to the Panthers, and any number of their blueliners could be next. But what about Chris Wideman? Wideman leads all Montreal blueliners with a 53.3 shot attempts percentage, and is among the NHL leaders in relative expected goals percentage, according to Moneypuck. Though his minus-22 rating won’t impress, the undersized defender could be a useful upgrade in a third-pairing role in Edmonton.

Literally every Detroit Red Wings defenseman to play more than 10 minutes this season has a negative plus/minus, with the exception of Marc Staal. On the rebuilding Red Wings, the 35-year-old — who just passed 1,000 games played in the NHL — is somehow a plus-10. Granted, he does play sheltered minutes, logging just 16:53, but the 6-foot-4, 208-pound Staal remains serviceable in a bottom-pair role with little remaining on his $2 million deal expiring at season’s end.