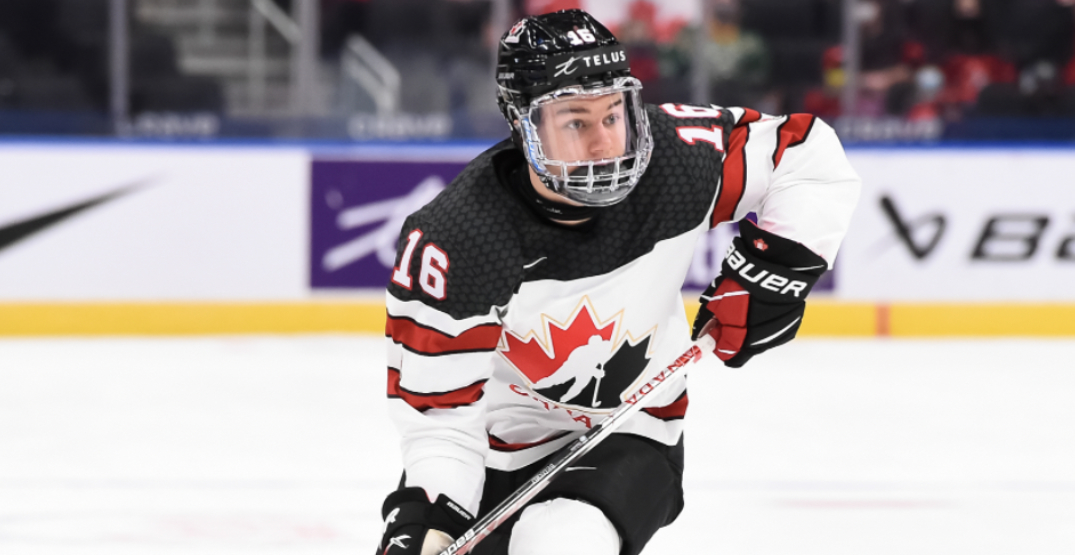 Connor Bedard has made World Juniors history, and the company is as elite as it gets.

With his four-goal exploit in Canada’s 11-2 win over Austria yesterday, Bedard racked up a whole host of accolades that aren’t likely to be matched any time soon.

His third goal, a beautiful effort from the high slot, is the one that raised eyebrows though.

With it, he became the youngest player ever to record a hat trick for Canada at the World Juniors. Gretzky, who did it twice in three days, is the only other 16-year-old to accomplish the feat.

“It’s obviously pretty cool to hear your name with that guy,” Bedard said. “Whenever you get that honour it’s pretty crazy and surreal.

“It’s definitely cool just kind of hearing your name with one of, if not the greatest player to ever play the game. It’s just one game. I don’t think I’ll be getting 2,800 points in the NHL. It’s obviously cool though, to hear my name with his.”

Bedard sniped again in the third period, a nifty redirect that doubled-down on the performance, to give him four goals on the night and tie Canada’s record for most goals in a single outing.

The holder of that record? Lemieux.

Bedard, again, the youngest to do it.

Connor Bedard became the youngest player at the #WorldJuniors to score four goals in one game Tuesday night! 🇨🇦 pic.twitter.com/CXuFl5FgFq

Exceptional, from the exceptional status player.

“I like the word exceptional status for players like him that come in,” Canada head coach Dave Cameron said. “He’s an exceptional player.

He’s etched his name in the World Juniors record books, too.