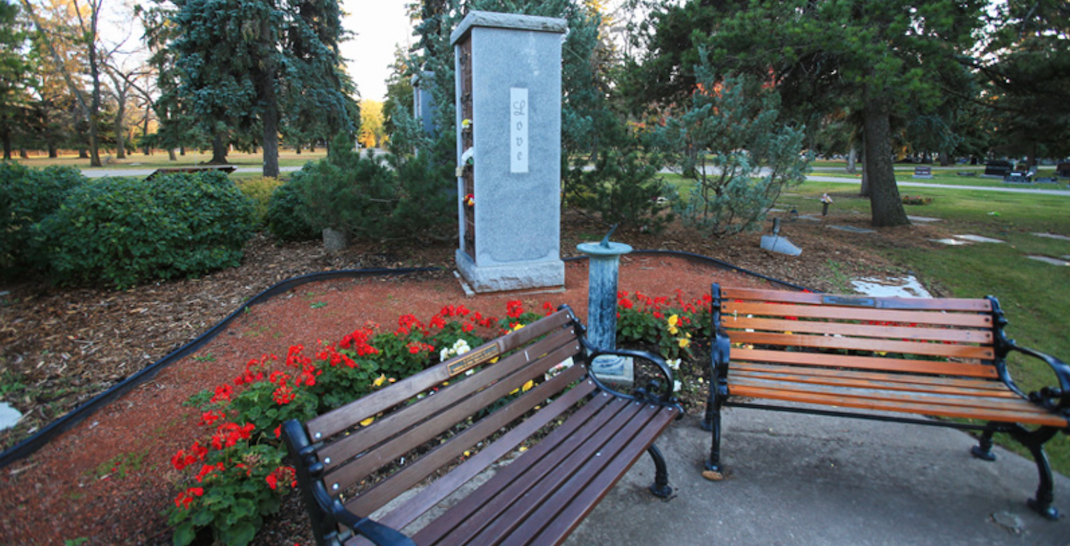 A number of commemorative plaques have been stolen from city benches in the river valley, according to Edmonton Police Service.

To date, police say that 123 plaques have reportedly been removed from city benches, including benches along 100 Avenue between 116 Street & 120 Street.

According to EPS, the first report was received January 21, 2020.

“We regret that numerous commemorative plaques installed on benches have been stolen from various locations in Edmonton,” said Zak Fairbrother, spokesperson for Parks and Roads Services with the city, in a statement to Daily Hive.

“We can confirm that 123 commemorative plaques were stolen from benches along Victoria Promenade, River Valley Road and Grant Notley Park.”

EPS says they are continuing to investigate this series of thefts. At this time, no suspects have been located and no charges have been laid.

“These are unfortunate incidents, and we regret any emotional impact this might have on donors and their families,” said Fairbrother.

“We are currently in the process of contacting donors to inform them of the situation, and to reassure them that we are working to replace each of the removed plaques at no cost to donors.”

The city says it remains focused on notifying the donors and cooperating with EPS in their investigation.