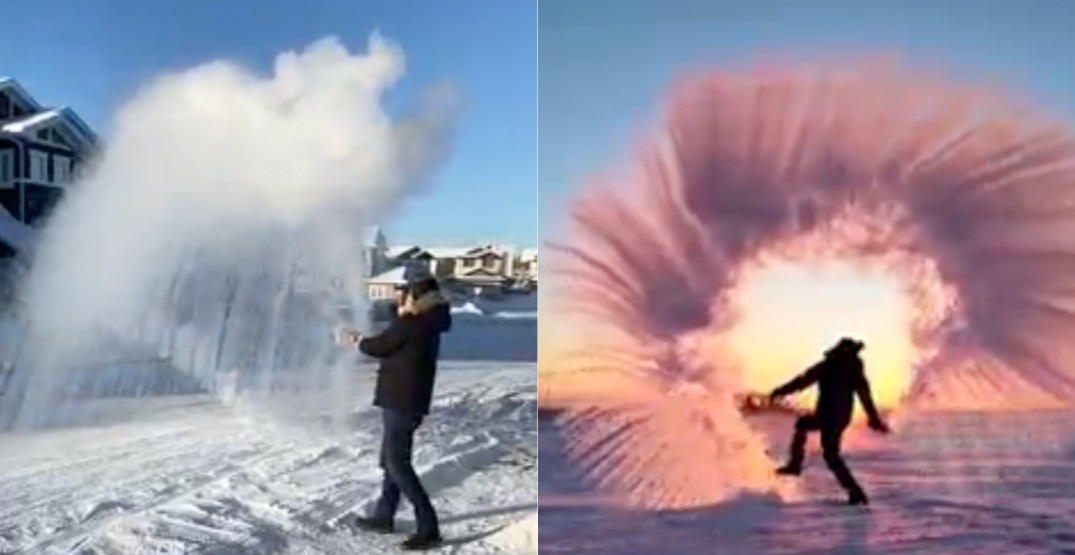 Western Canada is in the grips of some cruel arctic air right now, and it’s leading to some dazzling displays of cold science in Alberta.

With a majority of the province experiencing daytime highs hovering around the -30ºC, it’s so cold in Alberta boiling water freezes the moment it hits the air.

It’s no surprise people can be testing this little science experiment out.

The wintry phenomenon is called the Mpemba Effect, which is the observation of hot water freezing faster than cold water under similar conditions.

While the idea seems pretty straightforward, it’s important to use extreme caution if you try and attempt. You don’t want boiling water to get splashed back onto you.

Extreme cold warnings are currently in place for wide swaths of western Canada, stretching from British Columbia to Manitoba. 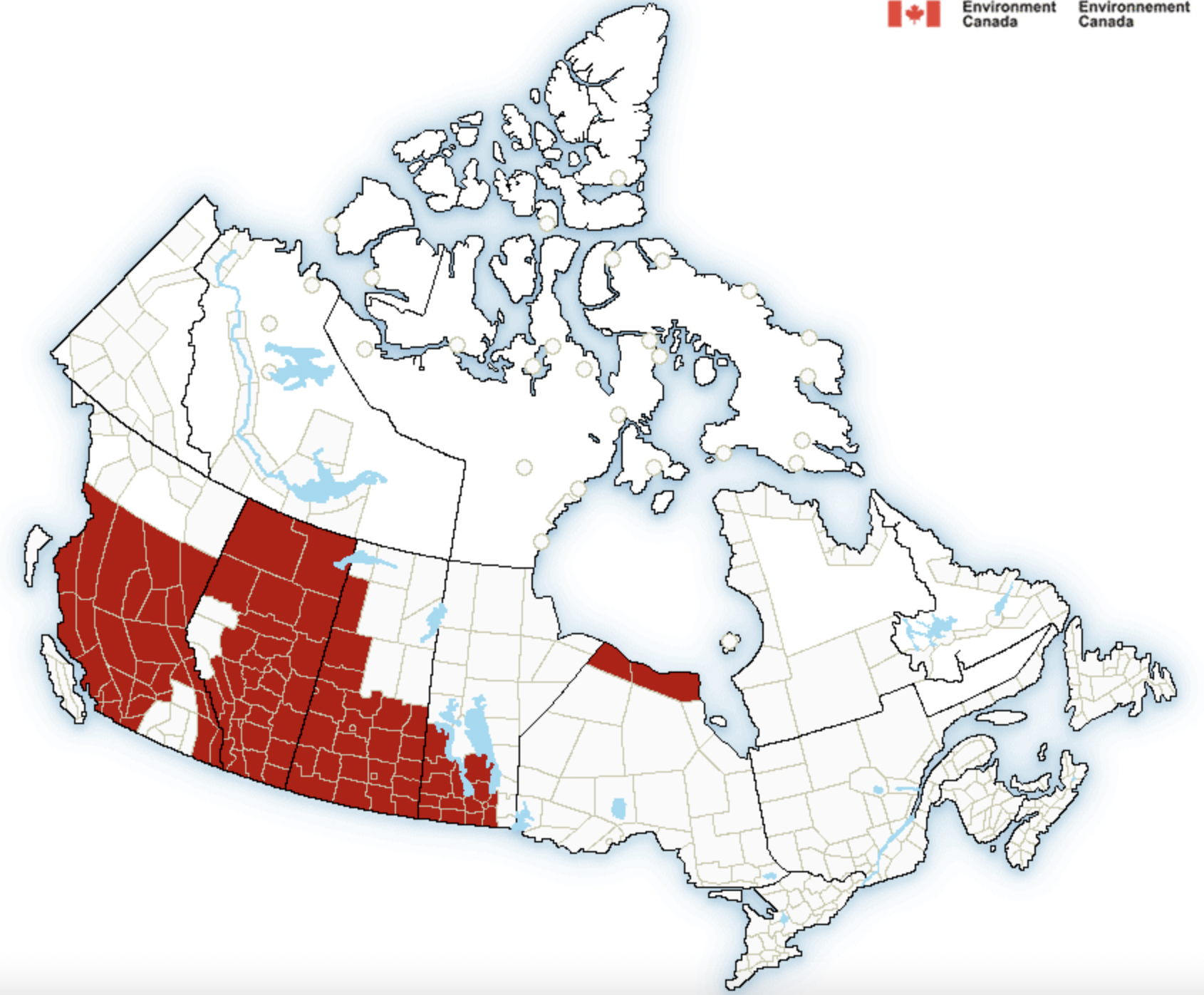 According to Environment Canada,  ‘Extremely cold windchill values between -40ºC and -45ºC continue this morning for most of Alberta. Most areas of the province will experience extreme cold conditions for much of this week.”