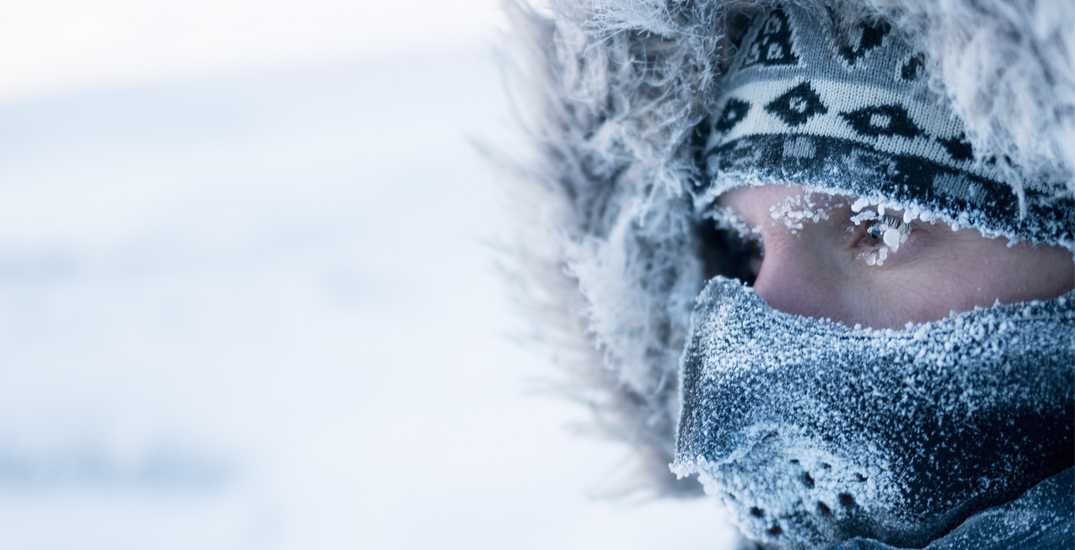 As BC continues to deal with extreme cold temperatures, Environment Canada says a lot of records have been broken.

On December 26, almost a dozen records around the province were smashed.

A record cold temperature set in 1971 was broken in Hope, with the region reaching -15.7ºC.

There were also records smashed in a number of other areas, including Port Alberni, Port Hardy, Prince George, and Sechelt. 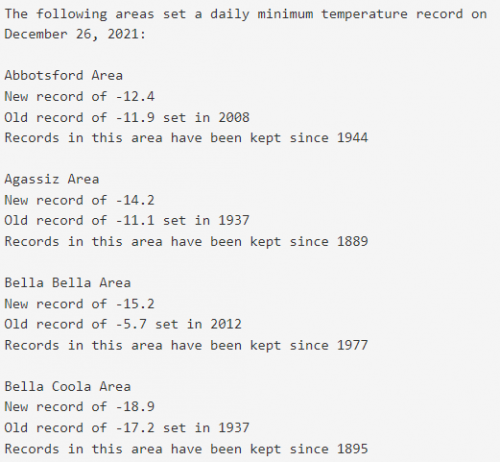 A lot of people took to social media to talk about — or let’s be honest, complain about — the cold weather. But come on, the snow was kind of pretty. At least to me!

Only managed a few pictures before my hands started to freeze up. No surprise, weather app is saying -7!! 🥶

🥶 A frigid -9.7° C this AM at the Victoria Gonzales #weather station is the coldest temp since 1985. An all-time high of 39.8°C was recorded here in June— a 49.5° difference— the highest range ever recorded in #YYJ🌡 @CHEK_News @CHEK_media #BCwx #BCStorm #ClimateCrisis #coldwave pic.twitter.com/O3iso6yNCh

By the way, there is still an Arctic outflow warning in effect for Metro Vancouver and the Fraser Valley.

According to Environment Canada, “An Arctic ridge of high pressure over the BC interior is bringing strong and bitterly cold outflow winds to the coastal communities. The outflow winds will create wind chill values near minus 20 and below this morning. Mainland inlets and areas that are exposed to outflow winds are more likely to experience these very cold wind chill values.”

The warning is in effect from now through Wednesday and we could see wind-chill values in the minus 20 range.