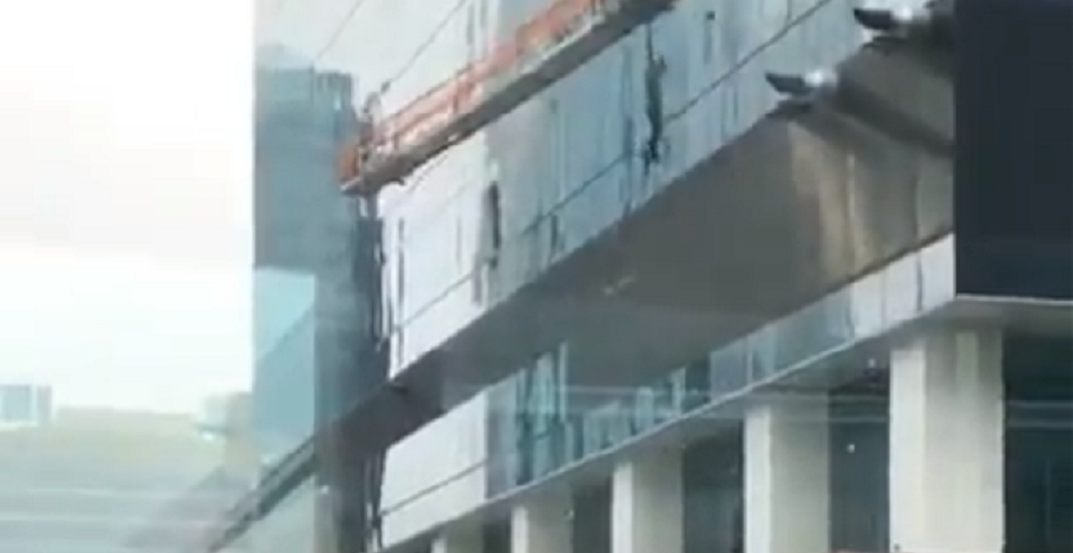 The City of Edmonton is investigating the window cleaning company involved in the terrifying high-rise accident that took place last week for operating without a license.

Two workers were operating a swing stage on the east side of Stantec Tower last Friday when strong gusts of winds lifted the scaffolding off of the side of the building.

The winds were so strong that Environment Canada had issued wind warnings, with gusts of over 100 km/h for Edmonton and up to 130 km/h further south in Calgary.

No injuries were reported for any of the workers involved.

However, the city’s community standards department, which manages business licensing enforcement, is currently investigating the incident and the cleaning company, Aurum Window Cleaning, for operating in Edmonton without a license, confirmed Mark Torjusen from the city.

Alberta Occupational Health and Safety confirmed that they are also currently investigating the incident, according to Labour & Immigration Press Secretary Brittany Baltimore.

They were unable to provide further comments on the investigations as they are still ongoing.