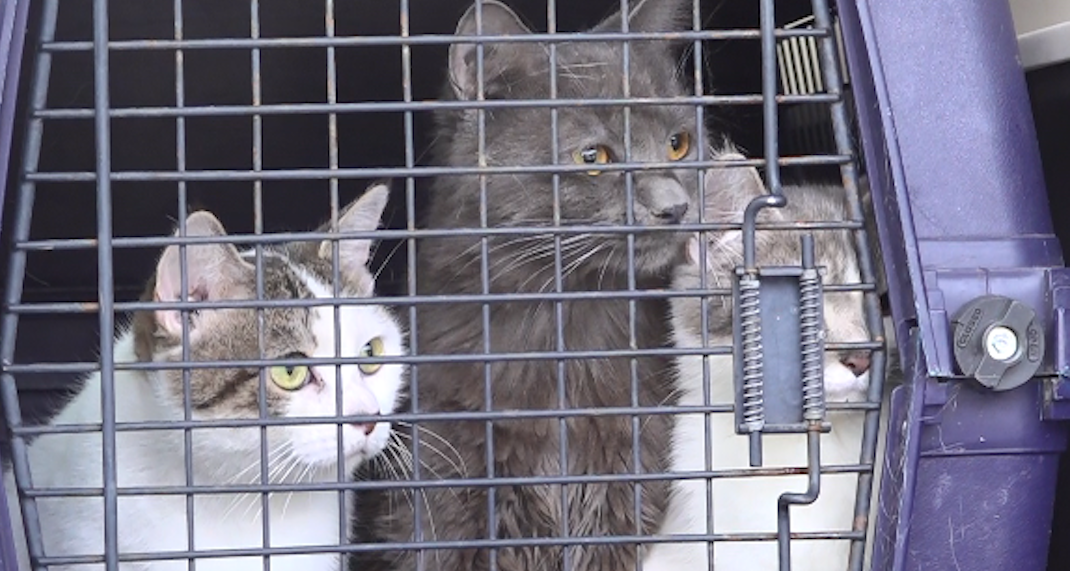 The Alberta SPCA is in need of donations after 143 cats were seized from a single home in the Edmonton area.

According to the organization, the cats were not in distress, and were surrendered by the owner.

“We prefer to work with owners whenever possible to improve conditions for animals,” said Ken Dean, Director of Animal Protection Services for the Alberta SPCA, in a release.

“This allows us to reduce the stress on the owner, our Peace Officers, and most importantly, on the animals.”

Peace Officers first visited the home on December 12 and removed 35 cats. They returned later for a total of five visits over five weeks to collect the cats.

“All were taken to the Edmonton Humane Society to be checked by a vet, and spayed or neutered. The cats were then placed in shelters for rehoming,” said the release.

Cat hoarding situations are not unusual in Alberta, says the organization.

“The Alberta SPCA investigated ten files in 2019 that involved 20 or more cats at one home. Alberta continues to have a cat over-population problem,” said Dan Kobe, spokesperson with the Alberta SPCA in the release.

“The cost of vet care and boarding for the animals in this case is expected to cost the Alberta SPCA over $25,000.”