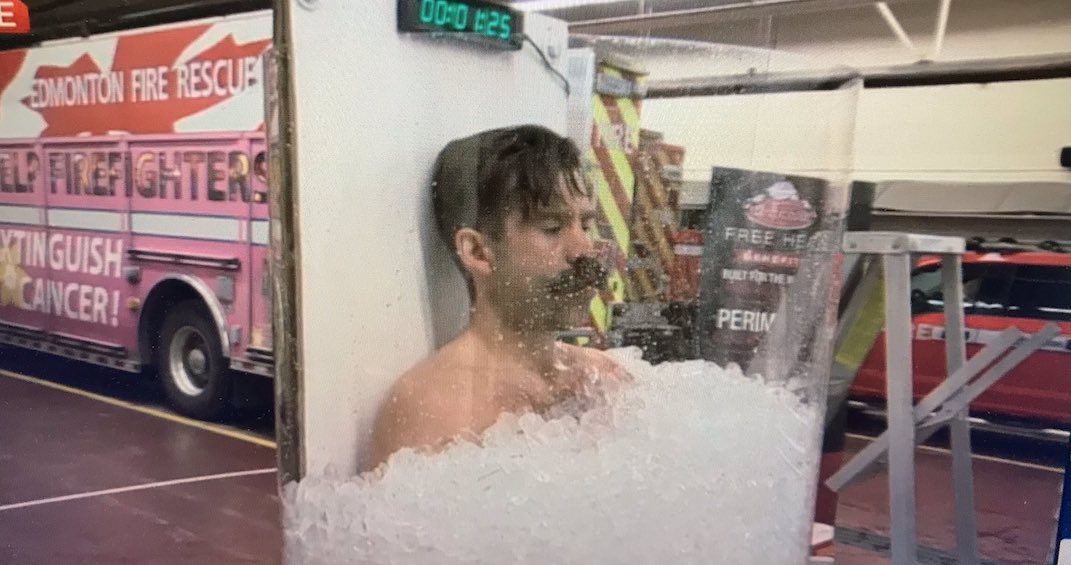 An Edmonton firefighter stood in a coffin filled with ice as part of a campaign to raise awareness about muscular dystrophy.

A spokesperson for Edmonton Fire and Rescue Services confirmed that Wes, the firefighter who participated in the exercise, was in the ice coffin for a total of two hours and 20 minutes.

The initiative is coupled with Edmonton Firefighter’s Rooftop Campout to raise awareness for the 50,000 Canadians who are affected by neuromuscular disorders.

Edmonton Firefighters have been raising awareness and funds for muscular dystrophy since 1954.