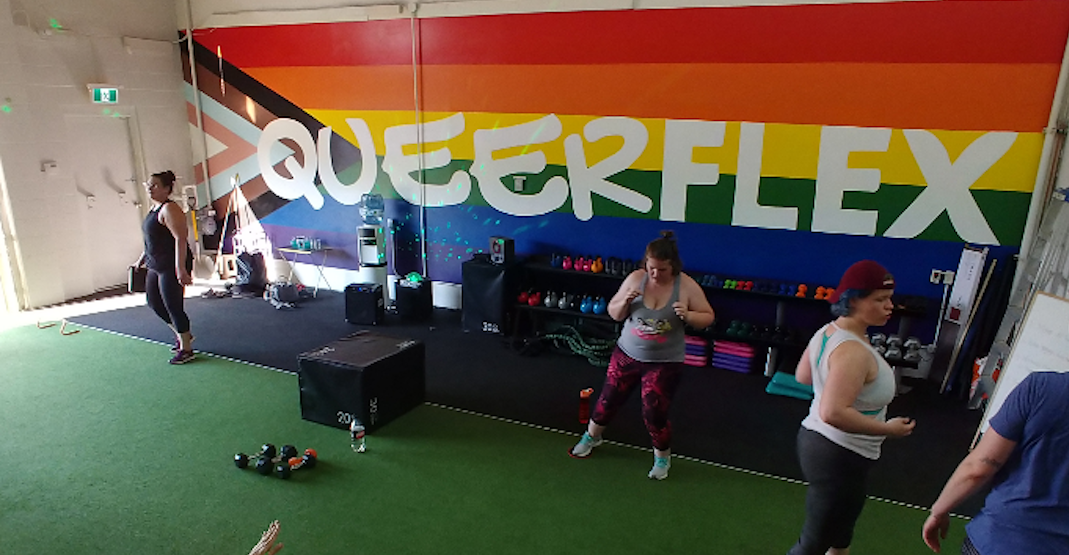 A gym that served the queer community in Edmonton says it has been forced to close its doors for good following a social media doxxing campaign last year.

Team members of Queerflex, a gym for the 2SLGBTQIA+ community, report being the victims of an online hate campaign in September 2019, that lead to safety concerns for all affiliated or involved with the gym.

“Back on September 10, 2019, members of the Queerflex team and the gym itself were victims of doxxing by an online group called Patriot Pride Canada Wide,” said a letter from the Board of Directors, shared to social media.

“Doxxing is the practice of publishing personal information about an individual on the internet with malicious intent. Two days later, the Board voted to cancel all group classes until further notice for the safety of our members, contractors, volunteers, and anyone affiliated with our gym.”

Representatives from the gym say that the decision to close its doors came after cancelled classes lead to lost revenue.

“The decision to permanently close Queerflex was made after careful consideration of all alternative options,” said a representative in a statement to Daily Hive.

“Ultimately, the doxxing event that took place in September 2019 resulted in a suspension of regular classes that compromised the organization’s financial sustainability.”

Further, the team says that efforts to increase security, including a security audit, were undertaken, but funding became a significant hurdle.

The team pursued funding opportunities “to finance the installation of the necessary security equipment that would allow Queerflex to resume operations,” said the representative.

“Unfortunately, those funding efforts were unsuccessful; coupled with the revenue loss resulting from the suspension of regular classes, the operational model of Queerflex is no longer sustainable.”

“This incident has been devastating and continues to highlight the need for safe spaces for the 2SLGBTQIA+ community in Edmonton.”

Queerflex says its final day of operation will be February 29, 2020.