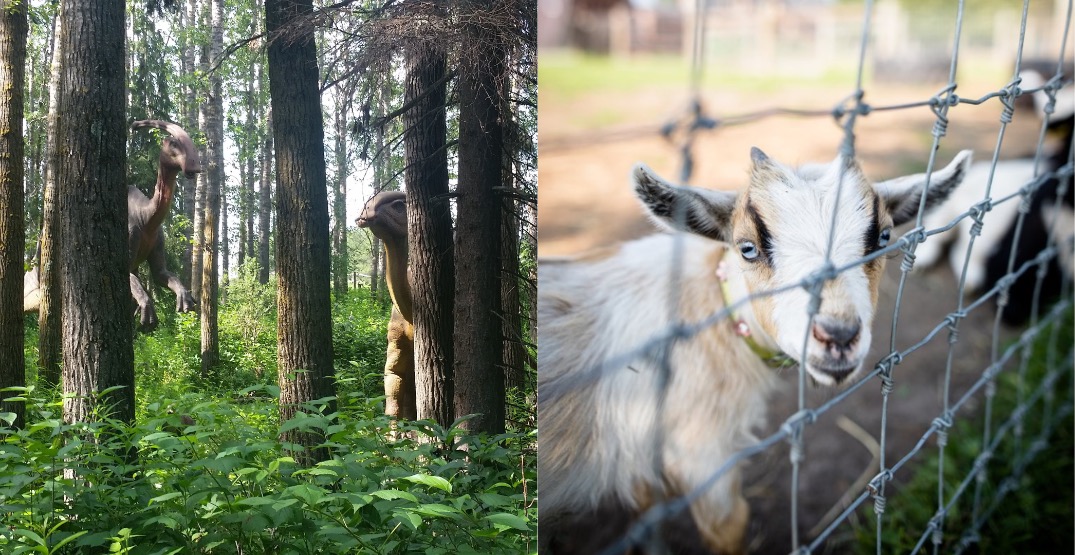 Need an escape from the city but don’t want to travel far? Great, here are nine things to do less than an hour’s drive outside Edmonton.

We know fuel prices are sky high at the moment, so the closer, the better; we get it!

From a stunning sprawling garden to a store that has welcomed customers for more than a century, some great things to do are just outside of Edmonton.

Each new season brings a different design to the Edmonton Corn Maze, promising a new challenge for visitors for the past two decades. Within the maze, there are more than five kilometres of twists and turns, and 85 decision points to encounter to keep you guessing and wondering, did we make the right turn?

Get in your vehicle and take a short drive east of Edmonton to visit Elk Island, National Park. There you will find yourself surrounded by lakes, towering trees, and the odd bison sighting. It’s a neat place! How lucky are we to have a national park so close to the city. So get your nature on and do a hike or two while you are out there. 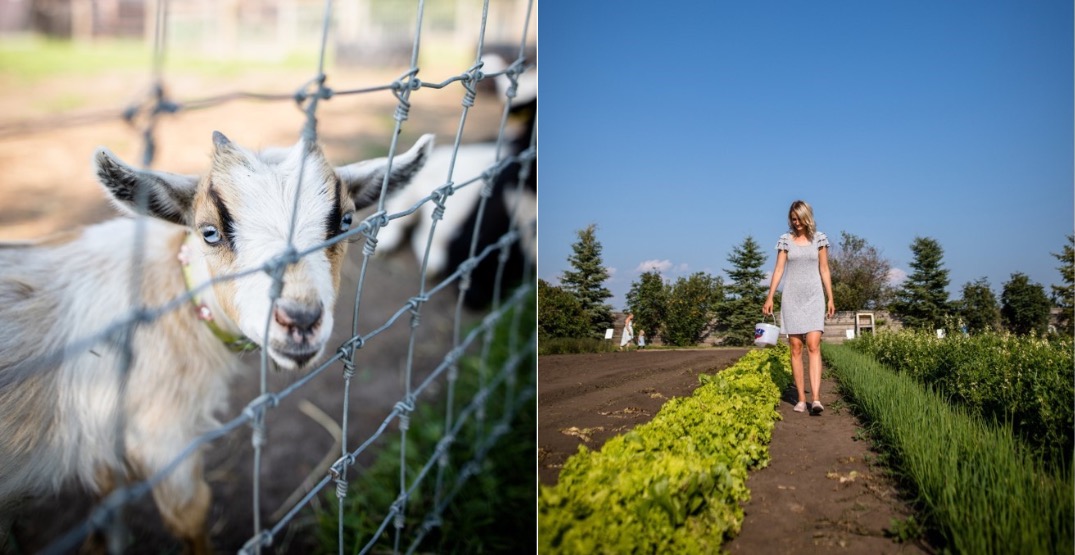 Just a short drive east of Edmonton, the Ukrainian Cultural Heritage Village is an open-air museum telling the story of Ukrainian settlements in east-central Alberta from 1892 to 1930. Its history is brought to life through interpreters and costumes, museums, and food outside Edmonton.

Have you ever wanted to feel like you are in Jurassic Park? If so, Jurassic Forest near Gibbons is the place to be. You come face-to-face with prehistoric creatures like Stegosaurus and Triceratops throughout a two-kilometre trek on boardwalks. It can also be explored year-round, so you can see what a dinosaur would look like in the winter.

It’s the largest railway museum in the province, and the third-largest in all of Canada, featuring more than 75 cars and locomotives, archives of railway history, and rides on vintage trains and speeders. It is, however, only open on weekends.

U of A Botanic Garden

Gorgeous year-round, the University of Alberta Botanic Garden is the perfect spot for a picnic, walk, or to get some photos for the gram. Located in Parkland County, it’s just a few kilometres north of Devon. It’s a short distance for the huge reward of beautiful green space and one of the best things to do just outside of Edmonton.

North of Edmonton sits Johnny’s Store in Namao, Alberta’s oldest store. Standing for well over a century, its charm and storied past have resulted in numerous movies and tv shows filmed on the property. The shelves are full of items from 70 local vendors who create handmade and handcrafted goods, so you’ll surely go home with something unique and special.

The Strathcona Wilderness Centre is a beautiful spot, so lace up your hiking shoes and get ready to go on an adventure through the forest and grass. With plenty of wildlife and nature to enjoy, it’s a great escape from the hustle and bustle of the city to serenity and calm.