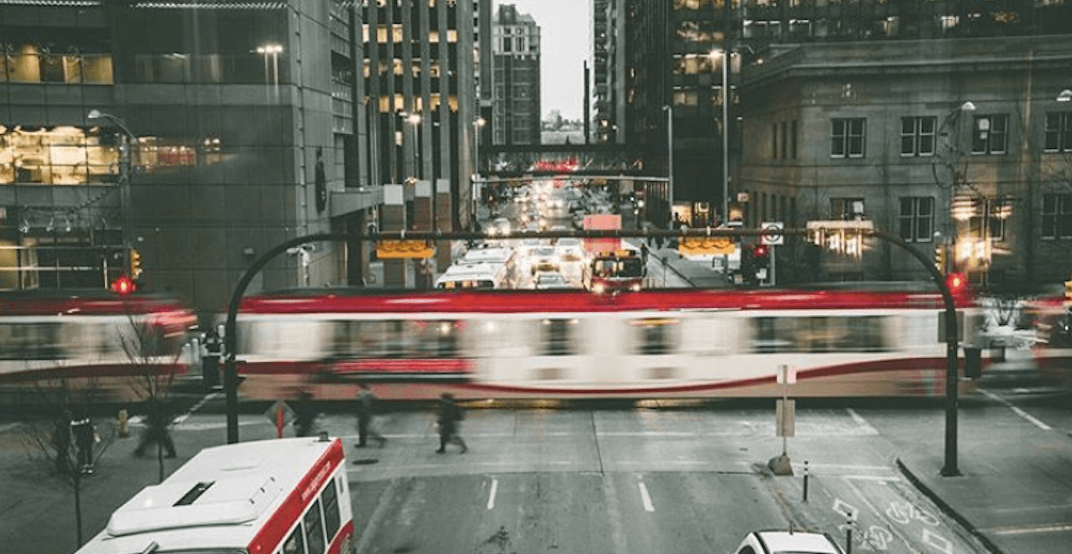 UPDATE: A Wednesday afternoon release from the Calgary Police Service states that the young man had succumbed to his injuries while in hospital. Police also ask that anyone with information on the incident contact them at 403-567-4000.

A man in his 20s was taken to a Calgary hospital yesterday afternoon after being struck by a CTrain near Saddletowne Station.

The station was closed for just over two hours while emergency crews transported the man away from the scene and members of the CPS Collision Reconstruction Unit investigated the incident.

The man had sustained life-threatening injuries at the time of the collision, a release from the Calgary Police Service states.

This isn’t the first incident involving a CTrain colliding with a pedestrian this year, nor the deadliest, as an elderly woman was killed in the spring after being struck by a CTrain on the morning of May 16.

The previous incident occurred just north of Whitehorn CTrain Station, three stops south of Saddletowne Station according to a map from Calgary Transit.