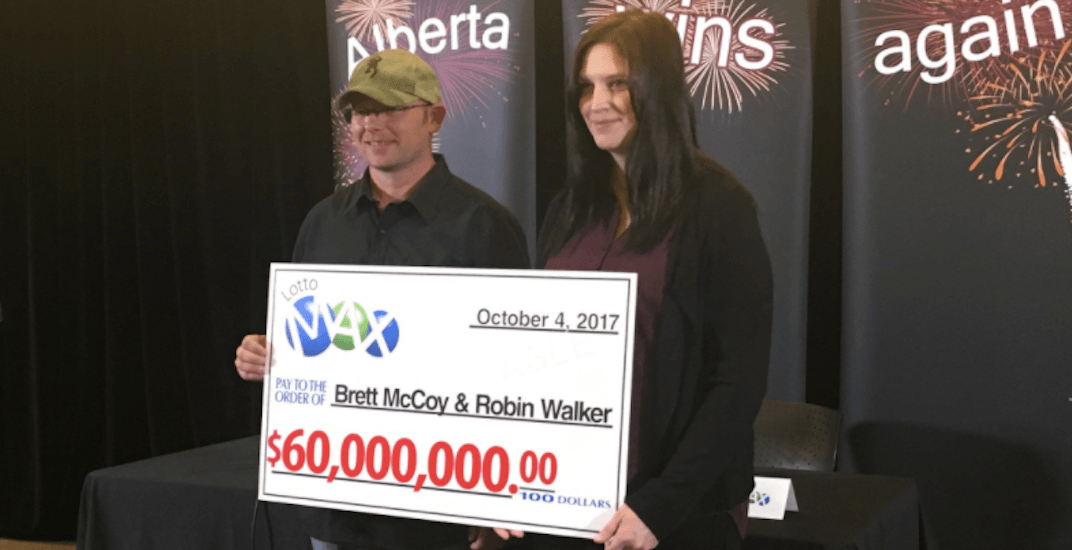 A new record has just been set in Alberta.

Brett McCoy and Robin Walker, a couple from a small town in Yellow County, have just received the biggest jackpot ever won in the province.

A total of $60 million is now their’s after buying an $11 quick-pick ticket.

“We were waiting to find out who was pulling this joke on us,” said Walker during a press conference.

The first thing they bought was a new truck, a necessary purchase as they needed to make the 170 km trip south to receive their winnings and attend the conference.

Walker has four children, and says that they reacted “as any kid would” when they learned about the big win.

“They’re planning what they’re going to do with the money,” she said, laughing.

The couple is planning on remaining in Yellow County, and will take some time to relax and figure out the best thing to do with their winnings.