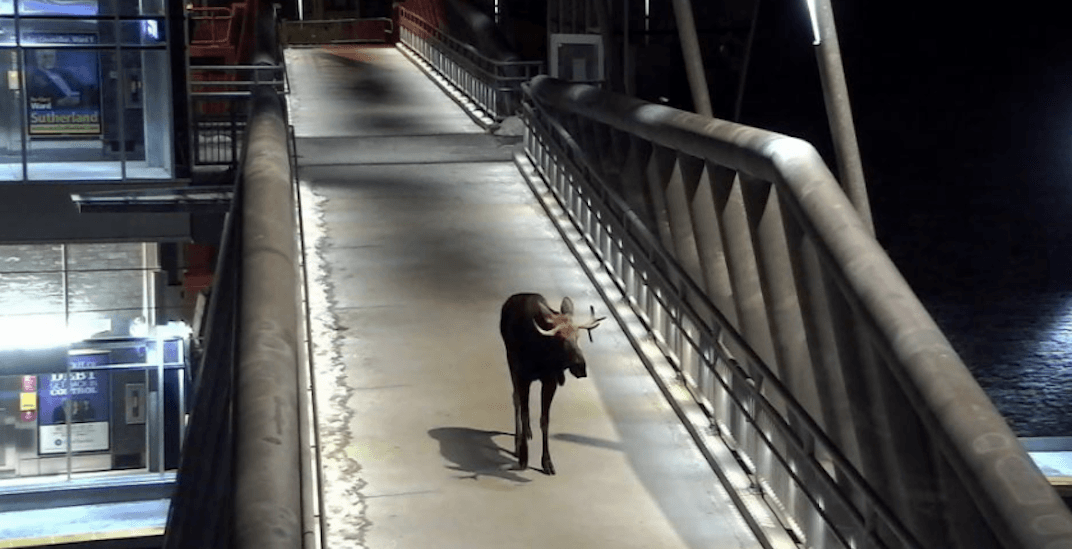 It was quite the early morning for a lone commuter at Tuscany Station this morning.

Arriving before the C-Train even began running, a moose made the trip up to the pedestrian overpass around 2:30 am and was caught on Camera by transit cameras.

Calgary Transit got a kick out of the visitor, tweeting two pictures of the animal along with the tweet: “Morning #CTRiders! Look who came to visit us at our Tuscany Station this morning! #HappyWorldAnimalDay.”

Morning #CTRiders! Look who came to visit us at our Tuscany Station this morning! #HappyWorldAnimalDay pic.twitter.com/EWSdUQ7vEo

It is not clear if the young male would have found room in the cars on the way downtown, but luckily enough for the humans taking the first train in the morning, the moose seemingly gave up on his big city aspirations.

He may have been a little too early for the C-Train, but the moose was right on time to ring in World Animal Day, which is celebrated internationally on October 4.

Thanks for the reminder, transit moose! We hope you managed to get to where you were going – and on time.