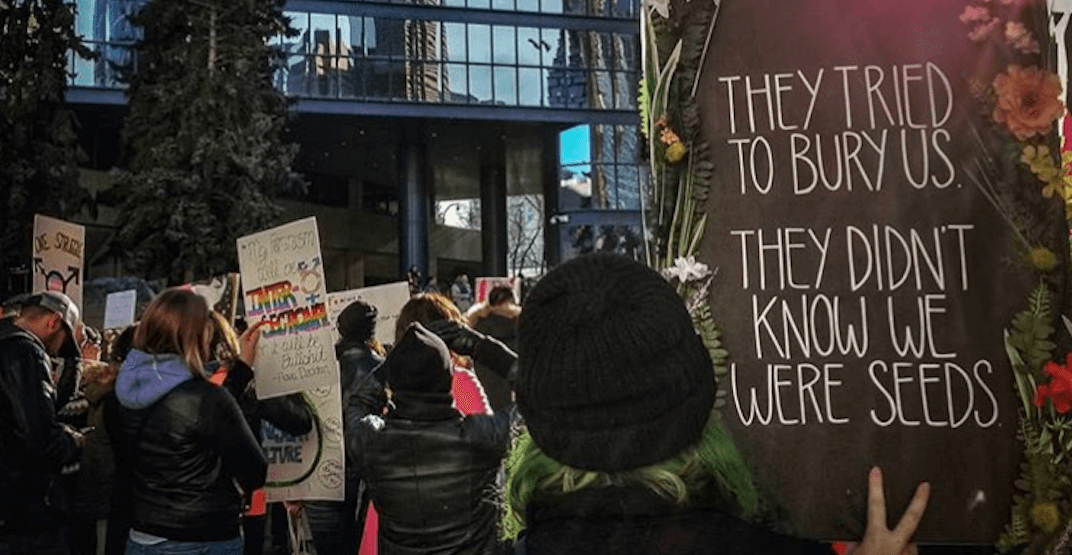 People flooded downtown Calgary streets this past Saturday to take part in the 2018 Women’s March.

Held on the first anniversary of the Women’s March on Washington, the second annual Calgary Women’s March was organized by March on Canada – Calgary, and saw clever and colourful signs calling for gender equality.

Here’s a few of our favourite photos from the January 20 rally:

A post shared by Calgary Raging Grannies (@calgaryraginggrannies) on Jan 20, 2018 at 7:46pm PST