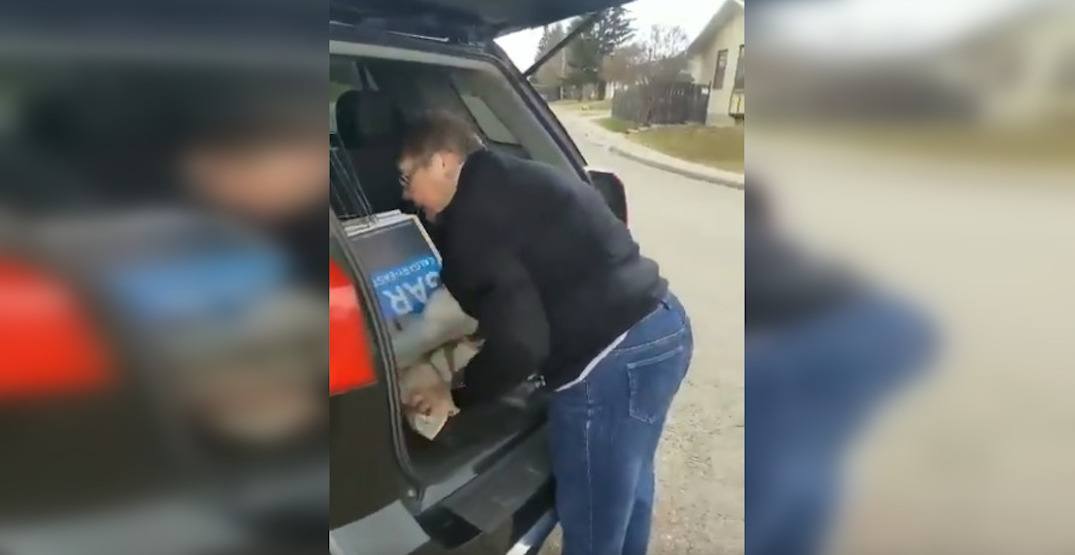 A woman was caught on camera allegedly stealing election signs the day before the 2019 Alberta provincial election.

Alberta Party candidate for Calgary-East, Gar Gar, posted a video of the woman loading what appears to be his own election signs into the back of a vehicle.

“Speechless; taking down election signs in broad daylight & the danger of normalizing this type of behaviour interferes w/ our democracy,” Gar wrote in the April 15 tweet.

“Should not be tolerated. Regardless of intentions.”

Speechless; taking down election signs in broad daylight & the danger of normalizing this type of behavior interferes w/ our democracy. Should not be tolerated. Regardless of intentions. #abpoli #abvote #calgaryeast #yyc #ableg pic.twitter.com/fcekFYHuFU

Gar confronted the woman, asking why she was seemingly taking the signs away from the side of the highway. In the video, the woman states that “it has to be taken down tonight anyway.”

When asked to elaborate, she says that: “because the election is tomorrow they can’t be up tomorrow.”

“They have to be up tomorrow,” Gar can be heard saying in the video.

“They are part of the election, and we have been missing signs, we missed almost 90 signs for just Abbeydale, and everywhere we go we notice that all the signs are gone. Actually, we had all the signs here, and it looks like ours are gone, and you just took ours, why couldn’t you take the rest?”

The video also shows a stretch of highway that still had some elections signs alongside it, and the woman states that “I took some of everybody’s,” before the video ends.

According to the Government of Alberta’s website, election signs must be taken down within three days after the election.

Any vandalizing or stealing of election signs could lead to criminal charges, according to a joint April 5 release from Alberta RCMP, the Calgary Police Service, and the Edmonton Police Service.

“We have received numerous reports of candidate signs being vandalized,” said RCMP Constable Mike Hibbs, in the release.

“In some cases, these acts of vandalism also include other types of property damages and even hate speech. We are investigating reports of these incidents and will lay charges accordingly.”

The Calgary Police Service confirmed in a phone call with Daily Hive that they are aware of the video and are currently investigating the incident.

CPS also noted that if charges are laid for the theft of election signs, the alleged culprit could be facing charges of theft under $5,000, which Canada’s Criminal Code allows for punishment of up to two years in prison.