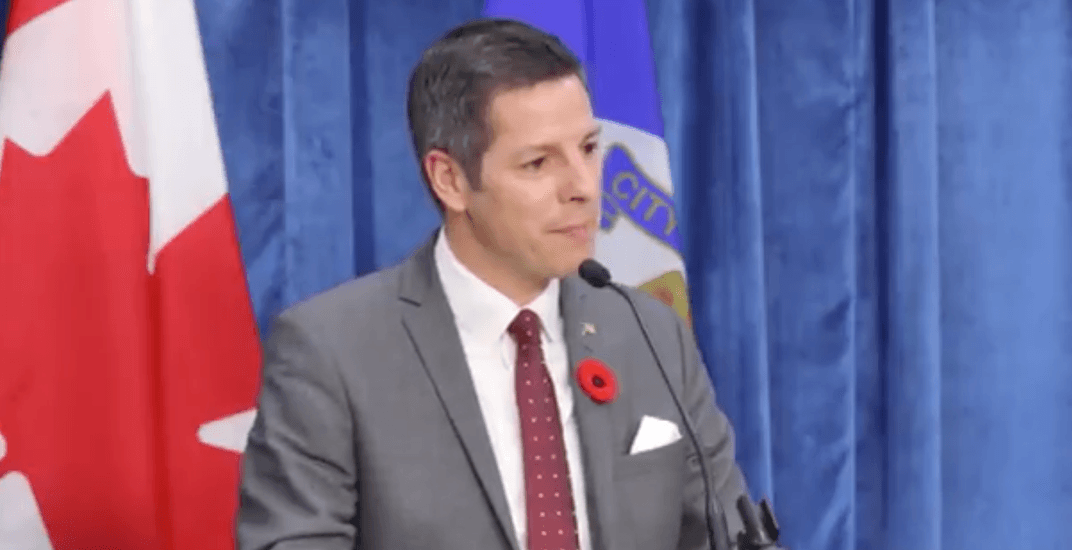 The Edmonton Eskimos have received some criticism from Winnipeg Mayor Brian Bowman in the lead up to the cities’ CFL face off this Sunday.

In a press conference on Wednesday, Bowman was asked about how respectful he found the Edmonton CFL team’s name. He responded by saying that he had encouraged a change of name in the past, and will be standing by those remarks.

“I think there is an opportunity to have a more inclusive name,” Bowman, who is of Metis descent, said at the conference.

He was quick to include that it is, of course, ultimately the team’s decision, and that he would respect whatever they chose to do.

“I’ve voiced my thoughts on the team name. That being said, great team, great organization, and it’s going to be a great game on the weekend.”

Bowman posted a clip of the conference on Twitter, stating that he was unaware that the question would come up, but made sure to answer honestly.

Mayors don’t get to choose the questions asked of them by media, and today was no different! #surprisequestion #honestanswer pic.twitter.com/x6NH5qPpKS

The Edmonton Eskimos will play the Winnipeg Blue Bombers in the CFL division semi-finals in Winnipeg. Kickoff is at 1:30 pm on Sunday.

The winner will go on to play the Calgary Stampeders in the Western finals for a chance at playing in the 105th Grey Cup.

Bowman also stated that he’s hoping to make a wager on the game with Edmonton’s mayor, Don Iveson.