Many regions of Alberta have already been placed under a fire ban, as the unseasonably warm weather has sparked wildfires around the province.

According to the most recent provincial wildfire situation report from Alberta Wildfire, a total of seven new fires were started within the past 24 hours, and 23 continue to burn.

The most significant damage has been seen in High Level, where ten fires are currently raging and nearly 1,000 hectares of land has been burnt — accounting for roughly 4/5ths of the total area burnt so far this season.

A May 12 fire behaviour advisory from Alberta Wildfire stated that the fires were caused by extremely dry conditions mixing with high winds, especially in the northern parts of the province.

According to the advisory, the south and central regions of Alberta are at less of a risk, though residents should still use caution in these areas. 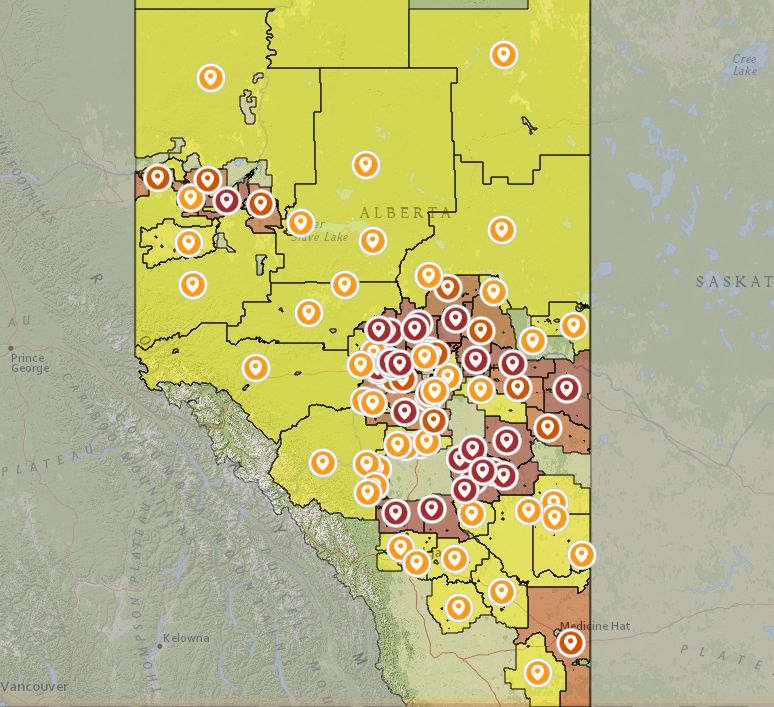 “The cautions about post winter dead fuel and easy ignitions with rapid spread rates also applies to these regions, although the prevalence of these conditions is greatly reduced,” the advisory states.

“The need for situational awareness is still required, both to the presence of dry areas, and to the speed at which fine fuels rebound as conditions dry and warm.”

A map from Alberta Fire Bans shows that the City of Calgary is not currently under any sort of warning, though the neighbouring regions of Chestermere and Rocky View County are both under fire advisories, and the regions of Mountain View County and Kneehill County to the north both face full on fire bans.

It is recommended to keep up to date with fire advisories, bans, or restrictions in your area by checking the Alberta Fire Bans and the Alberta Parks Fire Bans websites.