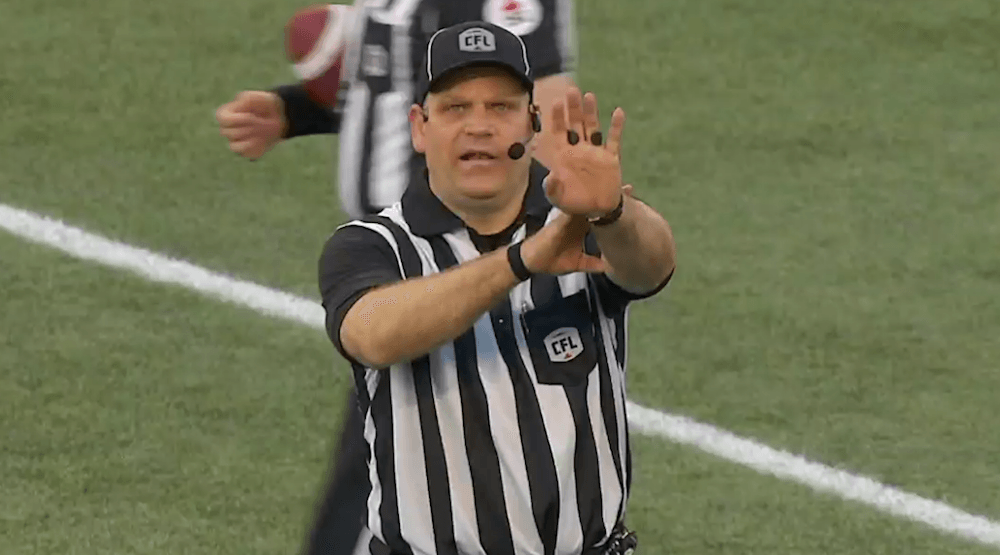 Fans want answers after the debacle that occurred during a CFL game at Investors Group Field in Winnipeg on Thursday.

Karen Kuldys, a contestant in Safeway’s ‘Touchdown to Win’ contest during a game between the Toronto Argonauts and the Winnipeg Blue Bombers, was robbed of a million dollars.

In order to win the prize, two kickoff returns for touchdowns needed to occur. The first one happened on the opening play of the game. The second occurred during the second quarter.

An official threw a flag just as Martese Jackson was crossing the goal line. A penalty was called to Toronto’s Llevi Noel for an illegal block, negating the touchdown.

But it was the wrong call.

A Winnipeg player fell in front of Noel, who did nothing wrong. Furthermore, the fall had no effect on the scoring play, as they were several yards behind the ball carrier.

Fans, as you can imagine, are PISSED.

They want justice for Karen, a Winnipeg grandmother. #WhatAboutKaren began trending on Twitter after TSN analyst Milt Stegall asked the question at halftime.

Karen Kuldys was in good spirits after missing out on the $1 million prize during the Bombers game but she said "it was an unfair call." pic.twitter.com/4qmHl8JRnt

Bad calls happen in sports, everyone knows this. But still.

This is a grave injustice. #WhatAboutKaren

#WhatAboutKaren is the #1 trending topic in Canada :O

We liked it better when Karen was a Millionaire. #WhatAboutKaren

Karen told me she is up past her bedtime. Has to be up at 4:30am each morning to head to work at A&W. #WhatAboutKaren

#WhatAboutKaren tells @jenniferhedger @dutchysc she would have used $1 Mil to have her daughter not return to work & stay with her year-old!

#WhatAboutKaren Poor Karen. That ref should give her his wages for the royal screw job! pic.twitter.com/a8eYxSWSlZ

Karen's Safeway robbery was worse than that time Charlie Brown got selected for 'Wendy's Kick For A Million" #WhatAboutKaren #CFL pic.twitter.com/PAULHonHy7

This is the worst thing to happen to Karen Kuldys since Paul O'Neil failed to hit two home runs for her. #WhatAboutKaren pic.twitter.com/yxPaAOqwoT

…and to think I was pissed when the cat stole my winning Tim Horton's free coffee rim. #WhatAboutKaren #CFL

Can someone please make a Michael Jordan #WhatAboutKaren meme? @CFL

As I lie awake, thinking about the 💔 Karen has gone through, makes me think what she's done to deserve this. #WhataboutKaren #CFL :/ #PayHer

Your refs cost #KarenKuldys $1,000,000, how's about sending her to the grey cup for some positive PR? #WhatAboutKaren

You have to feel terrible for Karen. Safeway or TSN need to make this right. #WhatAboutKaren

Anyone else wonder if Sobey's & Superstore are watching this game & wondering how they can use this to their advantage? #cfl #WhatAboutKaren

Now I'm hoping an @saveonfoods just pulls up to Karen's house in one of there vans and dumps a bag of money on her step 😂 #WhatAboutKaren pic.twitter.com/vCmSsgfJBJ

I had high expectations for Twitter in the wake of #WhatAboutKaren. I'm not disappointed. Unlike Karen. #CFL