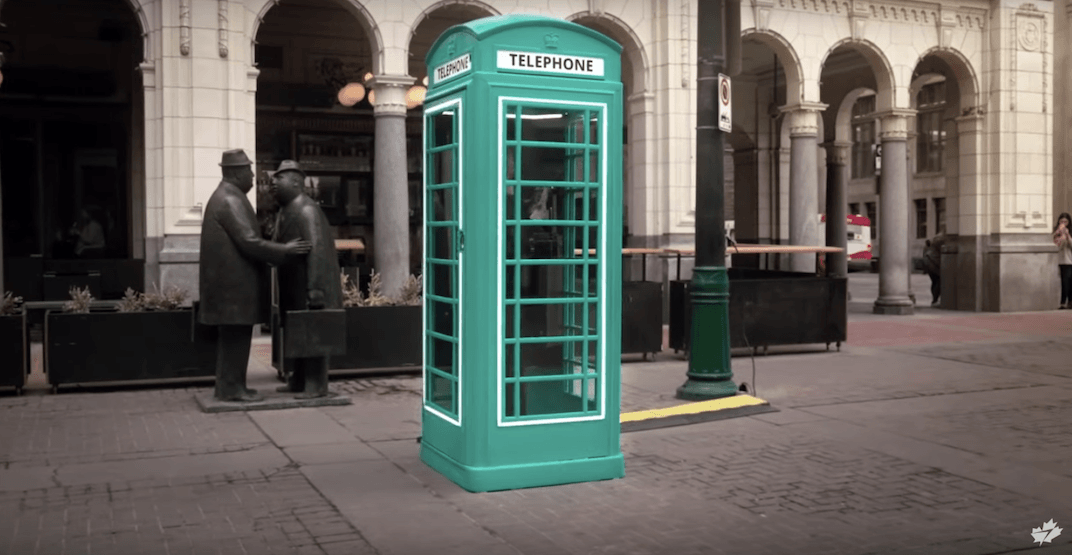 A handful of Calgarians were lucky enough to win a trip across the Atlantic, and all because they were curious enough to answer a random payphone.

To celebrate the start of WestJet’s flights from Calgary to London, England via its new 787-9 Dreamliners, the airline decided to set up something of a marketing stunt throughout the streets of Calgary.

A huge, 1,500-pound teal phonebooth was placed at various locations throughout the city on April 23 where it would ring until someone finally worked up the courage to answer.

Those who did were rewarded with two roundtrip tickets to London Gatwick aboard the new Dreamliners.

A total of 10 Calgarians were lucky enough to answer the call in what WestJet has deemed their #LondonCalling marketing video, and their reactions have been captured on video:

“London is an incredible destination for our guests and with our new non-stop Dreamliner service between Calgary and London, Gatwick there’s never been a more comfortable way to get there,” said Richard Bartrem, WestJet Vice-President Marketing Communications, in the release.

“We thought there was no better approach to entice guests to visit Britain than by testing out Calgarians’ curiosity for adventure through the unusual ringing of an iconic London phone booth in our own downtown core.”

The Dreamliners won’t just be used for flights out to London, either, as regular flights between Calgary International Airport and Paris, France and Dublin, Ireland are also planned to begin on May 17 and June 1, respectively.

Now, we’re not guaranteeing that there’s going to be another chance to win free flights to Paris or Dublin in the week before those inaugural flights — but if you happen to see something unusual in downtown Calgary that just might be Paris or Dublin-themed… well, you should probably check it out.