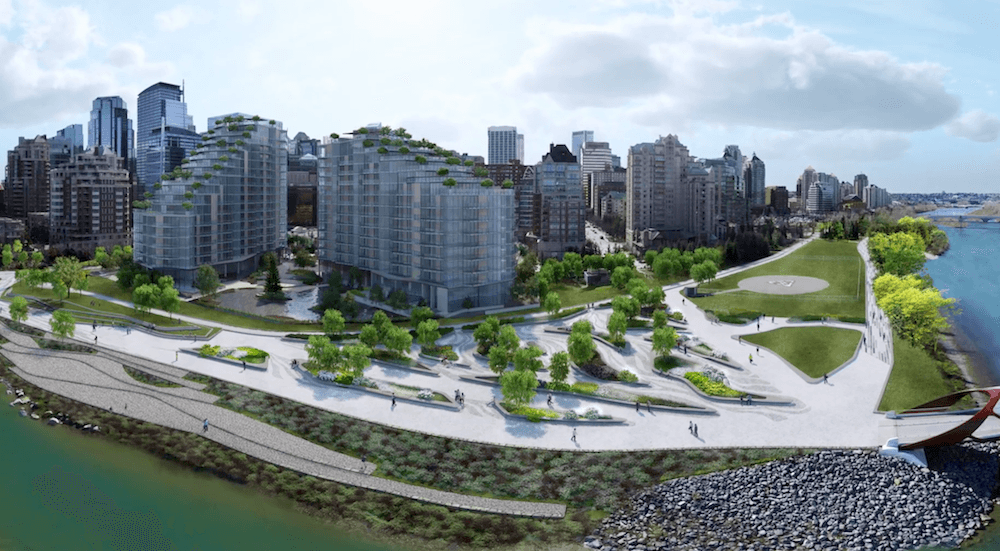 After what seemed like endless construction on the downtown side of the Peace Bridge, the City of Calgary has finally announced the grand opening of West Eau Claire Park.

The park’s redevelopment was first envisioned back in 2014 and has seen various stages of construction completed throughout the following years. 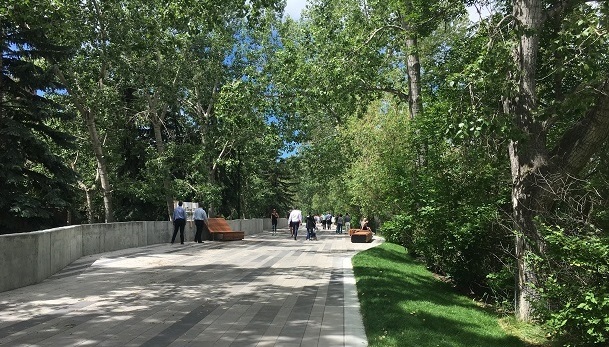 Walkways and bike paths through the park are expected to make pedestrian transportation safer than it had previously been, and the park will include many new additions including a helipad, an illuminated pathway, and public artwork.

Last summer, Concord Pacific gave Calgarians the change to glimpse at what the park would eventually look like through 360° virtual reality goggles, an experience that can be replicated on a computer by going to concord360.com.

Join us Sept 21,10:30-11:30am, for the official opening of West Eau Claire Park, which connects @eauclaireca and downtown Calgary, with #yyc’s extensive promenade and cycling network. Enjoy light refreshments and a tour of the park’s Delta Gardens. Info: https://t.co/oQJhPCaWzn pic.twitter.com/uvY7cRegOx

A tweet from the City of Calgary on Tuesday announced the grand opening, inviting Calgarians and visitors alike out to the park on Friday, September 21 between 10:30 and 11:30 am.

One of the main attractions of the park is the Delta Gardens, which will incorporate public art throughout the green space, including thousands of brass survey monuments that create a glittering effect.

Drinks and refreshments are also expected to be available at the grand opening.

Where: West Eau Claire Park, the south end of the Peace Bridge