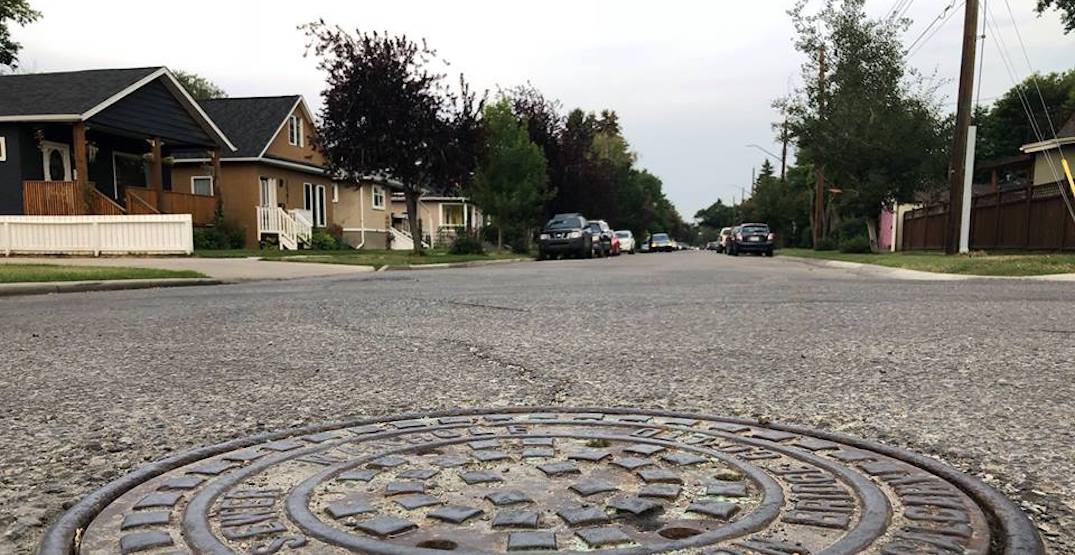 An old manhole cover in Calgary (City of Calgary/Facebook)

Calgary just got some brand new artwork, though you’ll need to keep your eyes down to see it.

The city’s manhole covers have received a complete redesign by three Canadian artists, with three separate works of art being etched into new covers for Calgary’s sewer system.

Not all of the existing manholes will be switched out for the new designs overnight, however, the artistic covers will be used to replace old, worn-out covers as they naturally reach the end of their usability.

It won’t take long for Calgarians to start seeing the new covers, though, as the city’s website states that roughly 2,000 manholes covers are replaced each year.

The three designs represent the city’s water, storm, and washwater systems, and have clear indications of their designated system woven into the artwork.

The stormwater design was created by Andrea Williamson, an artist who lives and works in London and Montreal, but was born right here in Calgary. 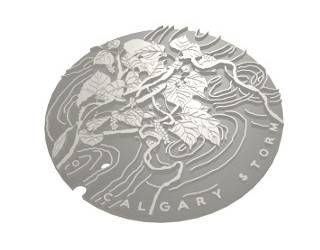 The city’s website states that the design was inspired by how Calgary was originally settled between two rivers, and our relationship with the Bow and the Elbow. The artwork depicts the Bow River weaving through a poplar tree branch.

“The water flowing down the storm system drains is the same water that is in the trees, in the rivers, and in us, it is all tied together like a knot,” Williamson said in the release.

Vancouver’s own Jeff Kulak was the creator behind the wastewater system covers, as it shows the water being separated through the treatment process. 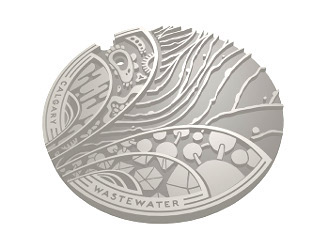 Sedimentary materials, fats and oils, biological contaminants, and harmful chemicals are all removed from the water as it makes its way through the system, with clean drinking water emerging by the end, as depicted in the artwork.

Finally, Mary Haasdyk was given the responsibility of creating a design for the drinking water system in Calgary, and she did so by showing both precipitation and glacial mountain water. 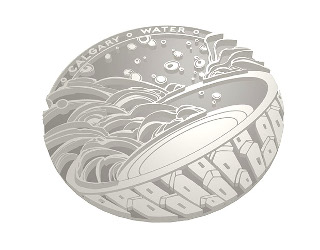 The runoff flows into a drinking glass that is surrounded by urban dwellings, which represents how close Calgarians are to where their water comes from.