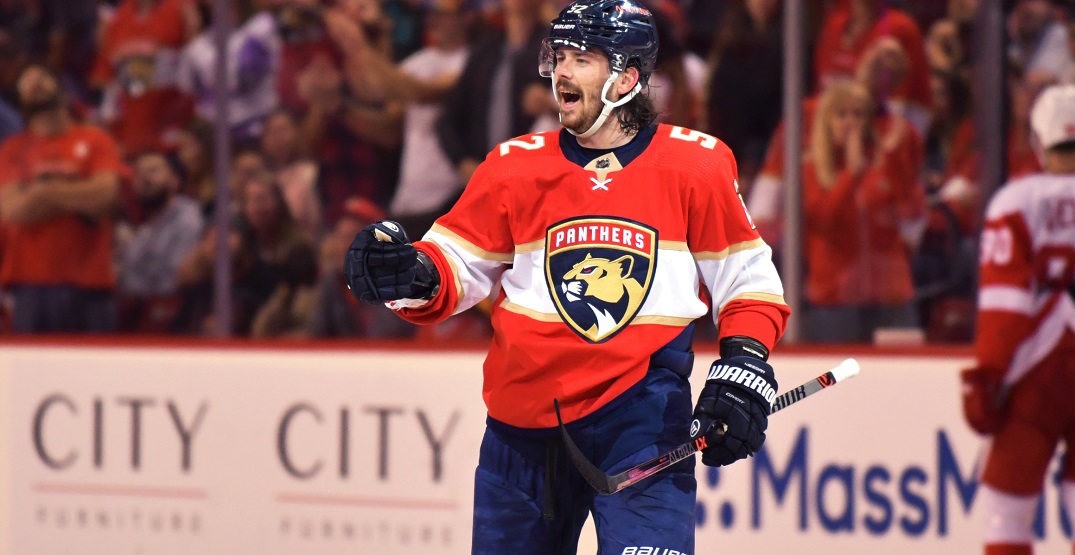 Defenceman MacKenzie Weegar could be set to stick around with the Calgary Flames for the long-term, after all.

According to TSN’s Salim Valji, Weegar has a “strong, genuine desire” to re-sign with the Flames.

A source says Mackenzie Weegar has a “strong, genuine desire” to re-sign in Calgary…I believe both parties will engage next week in conversations about an extension for the Flames defenceman

“I believe both parties will engage next week in conversations about an extension for the Flames defenceman,” Valji added.

Since being taken in seventh round of the 2013 Entry Draft by Florida, Weegar has played six seasons for the Panthers, where he’s emerged as a top-pairing defenceman.

If he does sign, Weegar would be following in the footsteps of fellow trade piece Jonathan Huberdeau, who inked an eight-year, $84 million deal on Thursday. The two were acquired as part of a package for Matthew Tkachuk in a blockbuster deal earlier this summer.

“Hopefully he signs too,” Huberdeau added about Weegar.