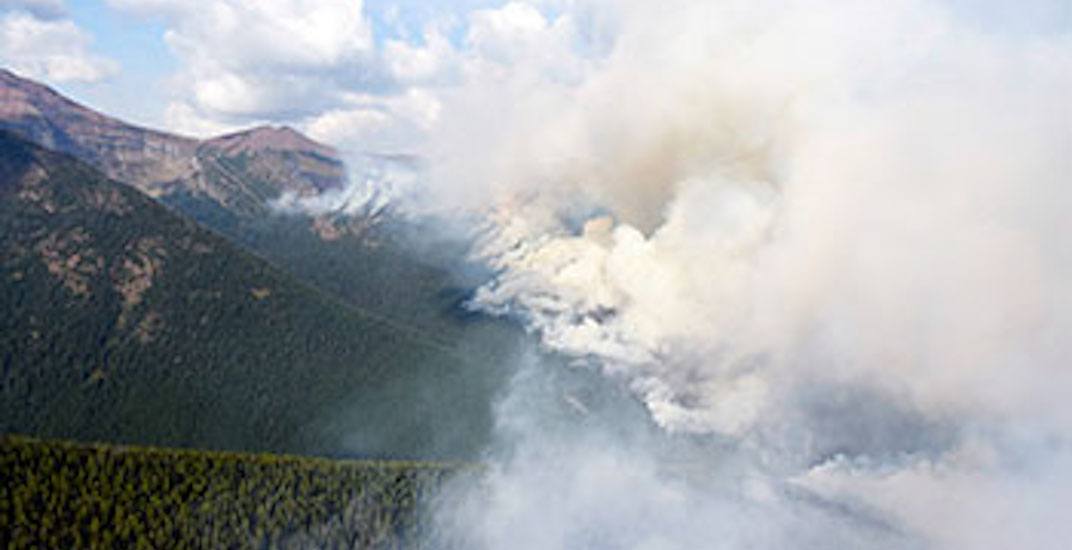 The wildfire that threatens Waterton, Alberta has already burned through approximately 9,400 hectares of forest.

What began as a fire near Kenow Mountain in BC has since crossed the border into the Waterton Lakes National Park, prompting an evacuation of the Town of Waterton, according to a September 8 release from the Alberta government.

By Saturday all residents had been evacuated from the town, though air quality advisories remained in place for the Waterton Lakes National Park area and other areas of Alberta affected by the wildfire smoke.

According to an update at 4 pm on Sunday, firefighters and resources from Calgary, Coaldale, Lethbridge, the Municipal District of Willow Creek, and Taber have joined in the effort to quench the wildfire.

“The currently deployed resources are anticipated to be able to hold the fire on the Alberta side,” the Sunday update read.

Parks Canada states that “resources are fully in place to protect infrastructure and facilities in the Waterton townsite,” which include the town’s Prince of Wales Hotel, a 90-year-old building that was designated as a national historic sight in 1992. 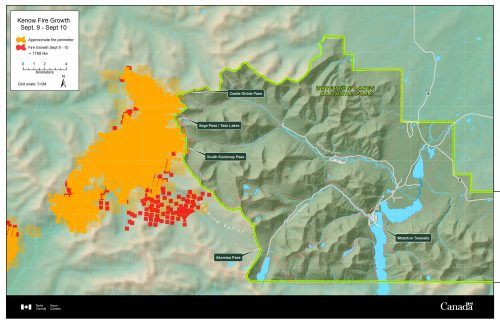 Due to the wildfire, travel is closed in the following areas:

A fire weather advisory also remains in effect for the area due to winds upwards of 70 km per hour in the forecast for Monday, though Tuesday and Wednesday may see periods of rain—hopefully enough to aid in extinguishing the fire.