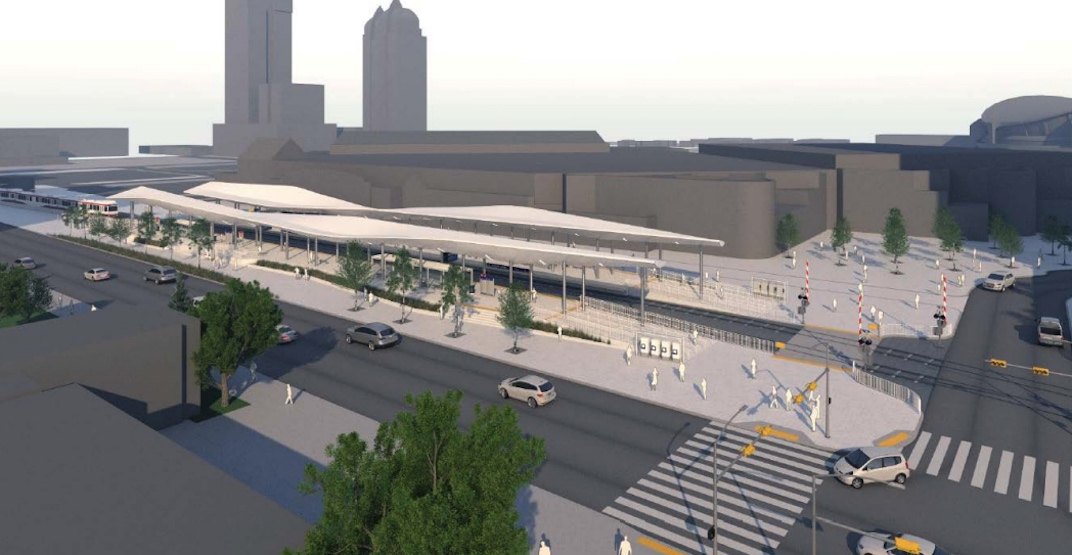 One of the most important stations on the CTrain system will be receiving a complete overhaul in the coming years.

Victoria Park/Stampede Station will be completely rebuilt with a new design at a cost of $60 million to improves access to the station and better incorporate the station’s design into the emerging Rivers District Master Plan (RDMP), which will provide Calgary with a new mixed-use districts of 8,000 residents and an entertainment district employing thousands of people.

Currently, the station sees an average weekday ridership of 111,300 boardings on 351 train trips per day. This same station currently sees a surge in riders from events held at Stampede Park and more frequently from the Saddledome, particularly when the Calgary Flames play home games.

But the existing design of the station, the pedestrian overpass, and Red Line in the area creates bottlenecks, capacity constraints, and a physical barrier between the Beltline communities west of the CTrain tracks and east Victoria Park.

The improvements entail removing the pedestrian overpass and constructing larger platforms, new roof structures, and a ground-level intersection crossing for all road users. This will also allow for the extension of 17 Avenue SE at Macleod Trail into Stampede Park as an important access point for future development in the area.

“The most significant change to the area will be the at-grade crossing which will improve connectivity for all modes of transportation, providing greater accessibility for Calgarians with limited mobility, increased platform capacity and the re-imagining and reconstruction of Victoria Park / Stampede Station,” reads a City of Calgary staff report. 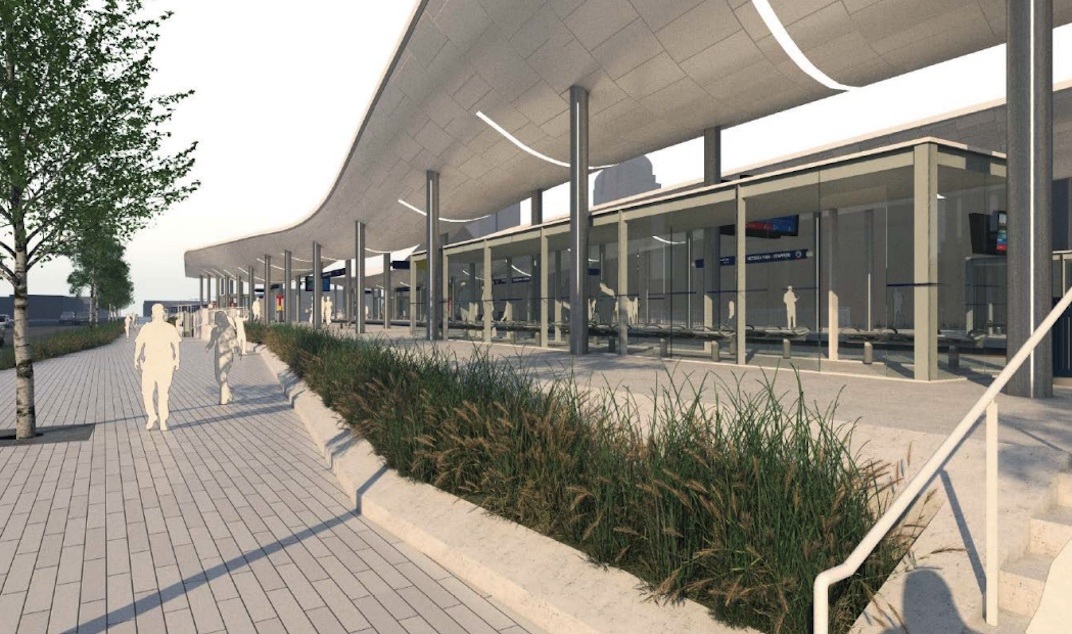 However, city staff also note the elimination of grade separation of the Red Line in the area will increase operational requirements to facilitate road closures for major events held in Stampede Park.

This area is anticipated to be a new conflict point between pedestrians, vehicles, and the LRT trains.

Current condition of grade-separated tracks in the area: 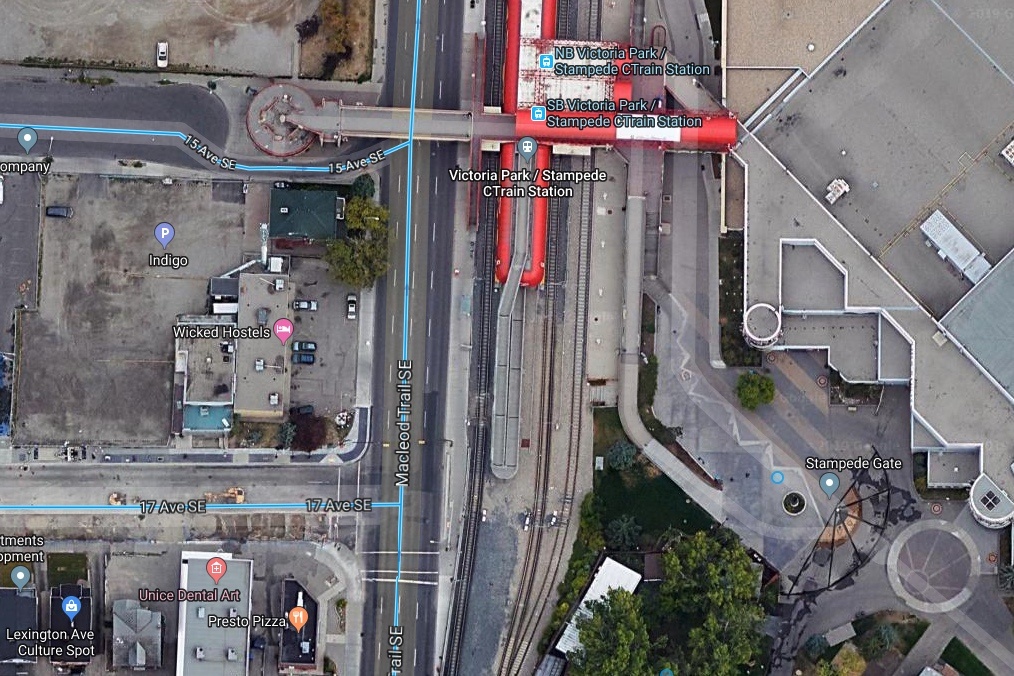 Future condition of a new pedestrian-friendly intersection with the extension of 17 Avenue SE: 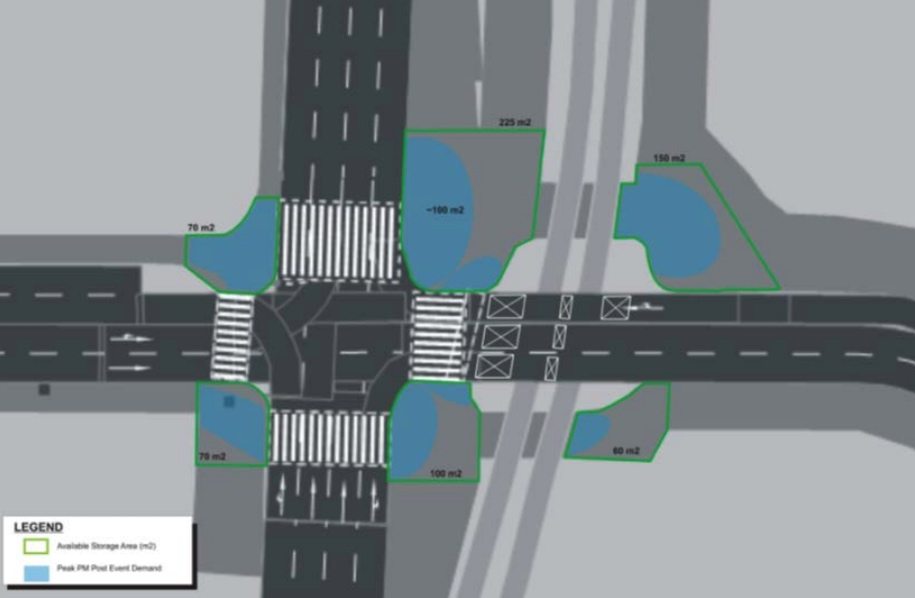 Future intersection design for the area of Victoria Park/Stampede Station. (City of Calgary)

Changes to the “track geometry” will necessitate a reduction in train speeds through the area, which will increase train travel times and may even result in the need for one additional train to maintain the same schedule.

In order to accommodate construction work, temporary closures of the station and area roads will likely be necessary.

Following more detail design work, final approvals, and procurement later this year and through early 2020, construction could begin in July 2020 — after the Calgary Stampede — for a possible completion in the third quarter of 2023.

Calgary Municipal Land Corporation is expected to manage the station reconstruction project, given that it is responsible for the RDMP. The cost of the project will be covered by the community revitalization levy.