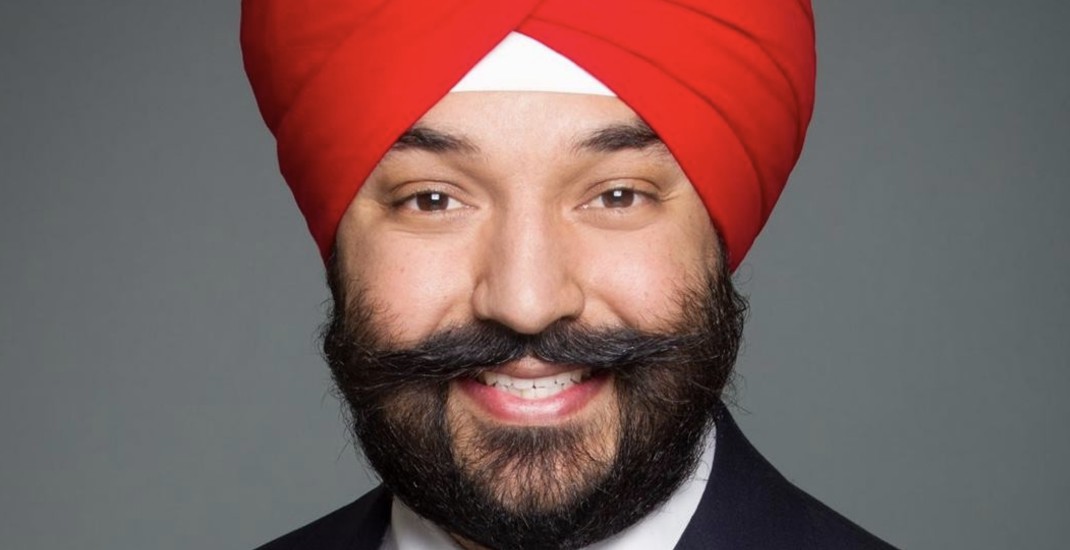 Federal Innovation Minister Navdeep Bains says he has accepted an apology from US officials after he was asked to remove his turban by security at Detroit Metro Airport last year.

In an interview published Thursday in French-language newspaper La Press, Bains said that incident took place when he was getting ready to fly back to Toronto after attending an economic meeting with Michigan’s governor in April 2017.

Bains said that he had already gone through an initial security check involving a metal detection machine. Because he was wearing a turban, the security officer said he would have to go through additional screening.

“I will never be asked to take off my clothes”

The officer asked Bains to go through a second screening machine and the device started making a warning sound, and he was then asked to remove his turban.

The turban is considered a sacred article of the Sikh faith. “I will never be asked to take off my clothes. It’s the same thing. It’s a piece of linen,” Bains said.

The security agent initially refused Bains request to keep the turban on, but later complied and agreed to conduct another test, which he passed. After the incident, Bains was allowed to enter the boarding gate area.

At the boarding gate, 20 minutes before departure, another security guard informed Bains that he had to go back to the screening area because the proper security protocol had not been followed. Bains was once again asked to remove his turban.

At this point, Bains showed the guard his diplomatic passport and the agent had a change of tone.

“Once the agents realized my identity, they said they made calls and that everything was okay, that I could leave,” said Bains.

“All security checks have been respected. I was patient, I tested twice. I’m about to embark and you tell me to take off my turban. But by knowing my diplomatic status, you tell me that everything is correct. This is not a satisfactory answer. ”

Bains told La Presse that he initially chose not to reveal his identity as a minister through security checks.

“I did it knowingly, as is my habit, to fully understand what ordinary people are going through that sometimes have trouble starting with people in positions of authority.”

Following the incident, officials from Canada’s Department of Foreign Affairs connected with the US State Department. Both Homeland Security and Transportation departments apologized to Bains.

Bains took to Twitter and posted a statement about the incident.

“As a Sikh, wearing a turban is considered one of the most dutiful acts for a person of the faith and I am proud to represent my community. Unfortunately, these types of incidents do occur from time to time to minorities in particular,” wrote Bains.

“It should never become the norm. I will continue to promote diversity and inclusion across the country as our government has done since we took office.

“This is exactly why I ran for office.”