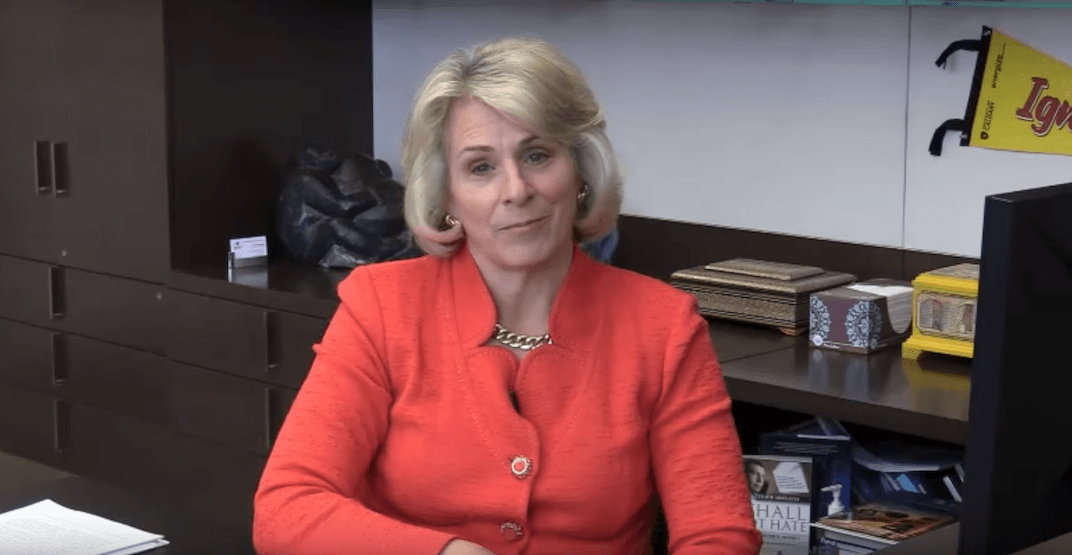 The president of the University of Calgary announced her resignation on Monday.

The announcement came through a YouTube video posted by the University of Calgary’s channel, in which Elizabeth Cannon, the president and vice-chancellor of U of C, stated that her last day would be on December 31, 2018.

“I wanted to let you know that I have made a decision to step down as president and vice-chancellor of the University of Calgary at the end of this year,” she said in the video.

Cannon first started in 2010, and by the time she leaves she will have served 8 years as president of the university.

Part of the legacy Cannon will be leaving behind is the Eyes High Strategy, the university’s campaign toward becoming one of the top five research universities in Canada.

The strategy was born from Project Next, an effort launched by Cannon in 2011 to determine the future direction of the institution, and the Eyes High Strategy has been at work since that same year, and is set to continue into 2022.

“I am very excited to be leaving the University at a time when it is strong. We have great leadership, we have excited faculty and staff and students, and a community who have invested in us through our energize campaign [for Eyes High].”

Cannon will be resigning a year and a half before her present contract’s first term expiration date, which was set at June 30, 2020 in the renewal of her contract back in 2014.

Gordon Ritchie, the chair of the Board of Governors for the University of Calgary, said in a statement on UCalgary that Cannon has played a large part in the university’s success.

“The extensive accomplishments during her time as president mark an extraordinary period of growth and success in the university’s 50-year history,” he said in the statement.

Ritchie also mentions that he, alongside the Board of Governors, are lucky to have nearly a year to find Cannon’s replacement, and that the search is already underway.

“President Cannon has assured both the Board and her leadership team that she is committed to ensuring a smooth and seamless transition,” he said.

“We will keep the community informed about the search over the coming weeks.”