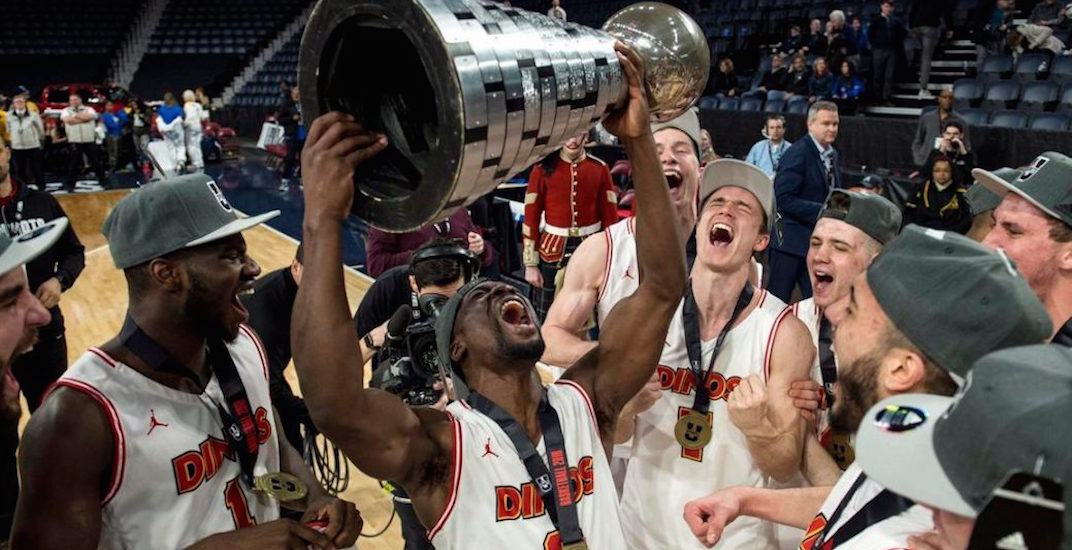 What a way to win it.

With time ticking down in the national championship game between the University of Calgary and Ryerson, and the game tied at 77, it doesn’t get much more dramatic.

The Dinos have been waiting a long time for their first ever championship in men’s basketball. And on their last shot of the game, it felt like an eternity, as the ball rolled on the hoop.

“It still feels unreal. I can’t believe we won it,” said Diawara. “We worked hard all year. No one saw us winning, but we pulled out the Canada West (title) and now we just made history.”

This year marks the end of the Carleton Ravens’ remarkable run of championships, as the Ottawa-based school had won seven in a row.

Here’s how the game-winning layup looked from the sidelines: