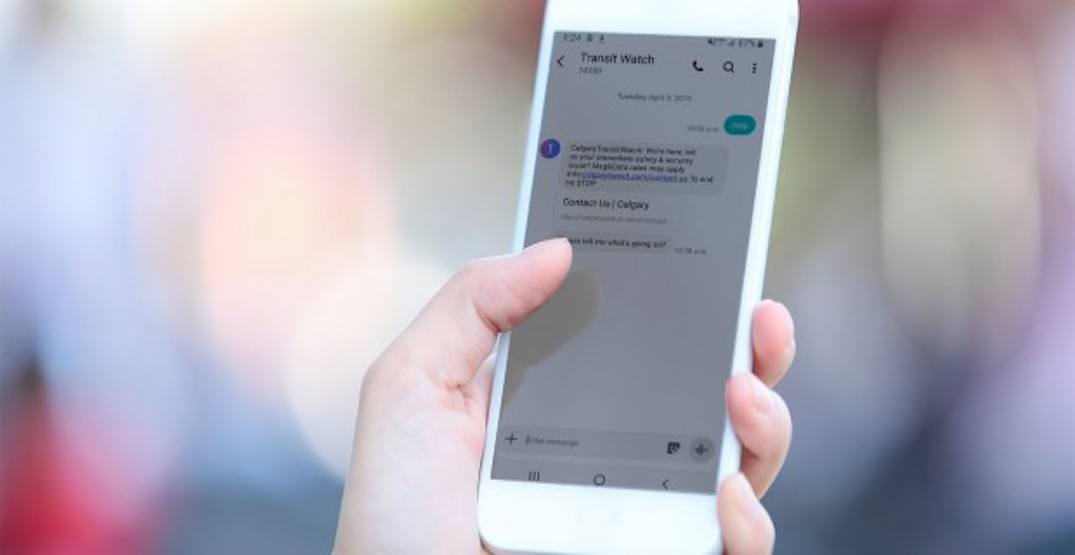 Calgary Transit is taking a huge step towards improving commuter safety with the addition of a new text message feature that allows travellers to discreetly report any incidents.

As part of the growing Transit Watch program, commuters can send a text message to 74100 and report the incident, communication in real time to a representative.

According to a release from Calgary Transit, the other end of the line will consist of trained Calgary transit employees. Text messages that come in will be responded to with the same urgency as when the help phone is activated.

Doug Morgan, Director of Calgary Transit, said in the release that safety is a key element in regards to passengers.

“We want to ensure our customers always feel safe when they ride with us and this new tool will continue to improve the safety and security of the Calgary Transit system,” he said.

Calgary Transit defines “immediate safety concerns” as any danger or discourse on the CTrain, infrastructure damage, any broken glass, etc.

With this addition, Calgary Transit offers its riders three ways to communicate concerns; by calling 262-1000, using help phones located at CTrains, and stations, and by text.