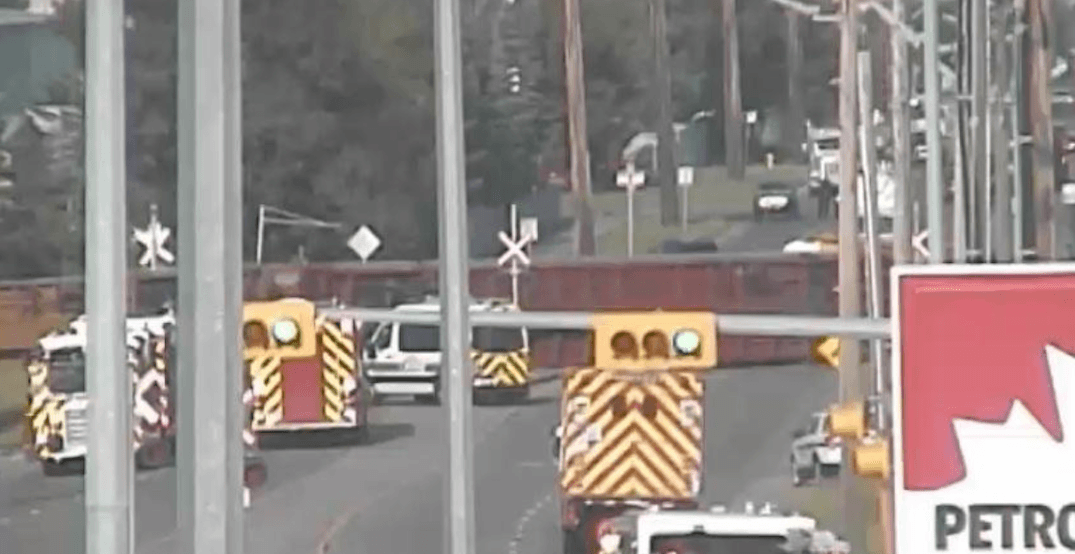 A total of 14 train cars came off their rails in SE Calgary just after 7 pm on Tuesday, July 30.

The hulking boxes of metal laying on their sides were a definite pain for drivers in the area, as three crossings were closed as a result of the incident.

However, as far as train derailments go, this was a relatively safe one, as no injuries were reported, fires started, or dangerous goods involved, according to a statement sent to Daily Hive from CN Rainway.

“CN crews are responding to an incident that occurred earlier yesterday evening outside of CN’s Sarcee Yard in Calgary. 14 rail cars derailed in various positions. No injuries, fires or dangerous goods are involved and there is no danger to public safety,” the statement reads.

Your Calgary Firefighters are on scene of a train derailment. Please avoid the area on 50th Ave SE and 25th St SE. #yycfire pic.twitter.com/EeOup7bYXi

It was also noted that the cause of the derailment is currently under investigation and that two of the three blocked crossings have since been reopened.

“CN would like to apologize to the local residents for the inconvenience.”

ALERT: Due to an ongoing incident, 50 Ave at 25 St SE, the road is closed EB and WB. #yyctraffic #yycroads pic.twitter.com/3G7edDh5QF