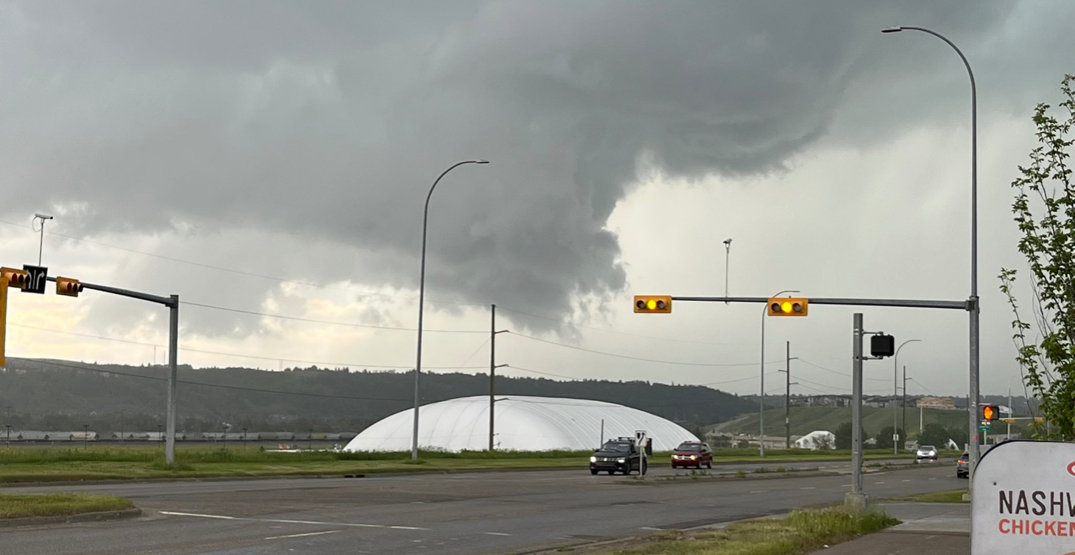 A tornado watch has been issued for the City of Calgary as severe storms pop up across central and southern Alberta.

Tornado warnings were also issued for other areas around the city, including Rocky View County near Bragg Creek and Tsuu T’ina Res, however they were later dropped just before 5 pm.

“Conditions are favourable for the development of severe thunderstorms which may produce tornadoes. Strong winds, large hail and heavy rain are also possible,” Environment Canada said.

“This is a dangerous and potentially life-threatening situation. Be prepared for severe weather. Take cover immediately, if threatening weather approaches.”Environment Canada says in the event of a tornado, or if a tornado warning is issued for your area, it is recommended you take the following actions: Go indoors to a room on the lowest floor, away from outside walls and windows, such as a basement, bathroom, stairwell or interior closet. Leave mobile homes, vehicles, tents, trailers and other temporary or free-standing shelter, and move to a strong building if you can.

As a last resort, lie in a low spot and protect your head from flying debris.

Thursday afternoon has already been active for severe weather in Alberta, with damage being reported after a tornado was spotted in an area northwest of Calgary.