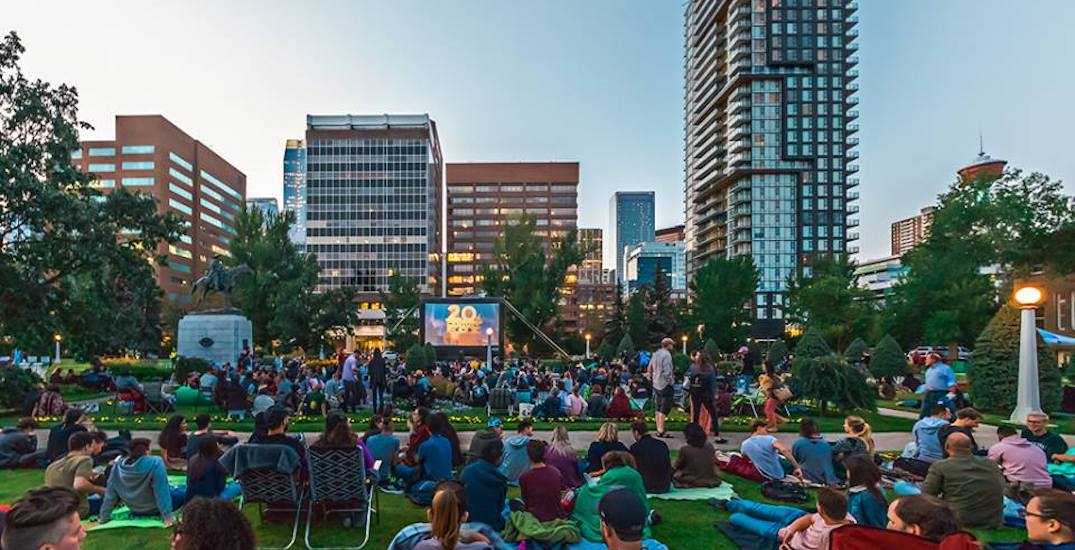 Calgarians who were hoping to spend an evening in the park watching Wes Anderson’s Isle of Dogs will have to wait another week, as event organizers have postponed the outdoor cinema due to bad weather.

The event, presented by The Underwood, had originally been planned for Friday, July 19 at the lawn of Central Memorial Park.

Hosted by the Beltline Neighbourhoods Association, the movie was to be accompanied by various food trucks, a full-blown beer garden, and a live DJ to get the party started.

All this and more will still be seen at the park, though the event is now set to take place on Friday, July 26 instead.

The party will kick off at 4 pm, though the film isn’t expected to screen until sunset — so around 9:45 pm.

Here’s hoping that the weather is feeling a little kinder come next week!