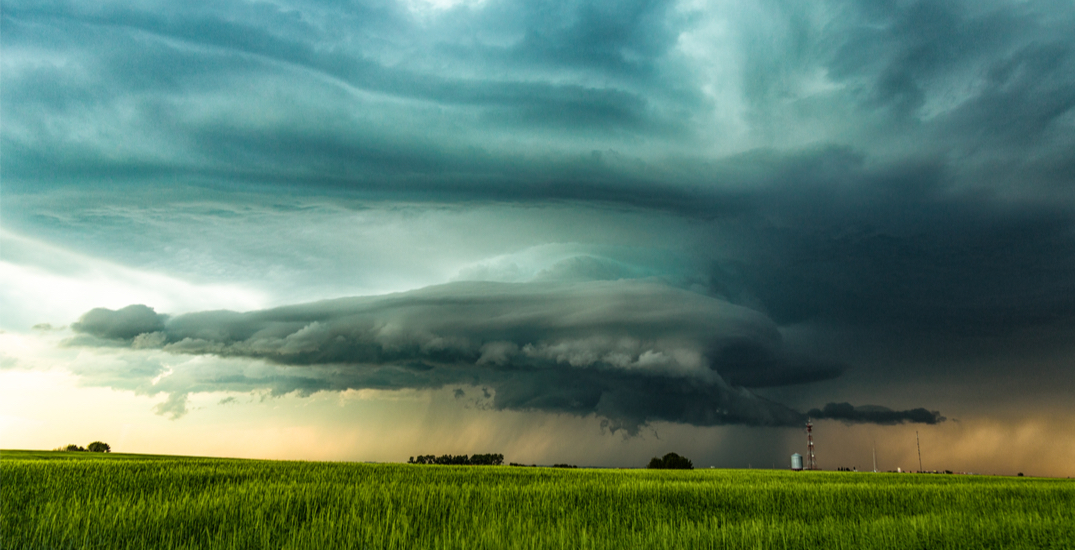 After a week of severe weather in Alberta last week, the threat returns today with the potential for golf ball-sized hail and tornadoes.

The main areas of concern will be near Calgary and north along the QE2 towards Red Deer through the late afternoon. Storms that develop will track east into the evening, advancing towards the provincial border.

“Strong to locally damaging wind gusts would be the main threat along with large hail that could reach up to golf ball-sized in some of the strongest storms,” said Kelly Sonnenburg, a meteorologist at The Weather Network.

“Supercells and rotating storms are also possible and most likely in the regions east of Red Deer and Calgary. If storms begin to rotate we will need to keep an eye on the tornado threat,” she added.

The main areas of concern today will be near Calgary and north along the QE2 towards Red Deer through the late afternoon period. Storms that do develop will track east into the evening, advancing towards the Saskatchewan border.#ABStorm pic.twitter.com/0qm2HKA9yE

Last week saw four tornadoes touch down in Alberta, with a severe storm spawning three tornadoes in central Alberta on Tuesday and a tornado damaging multiple homes in an area northwest of Calgary on Thursday.

“Temperatures are forecast to cool this evening with the passage of a cold front before warming again on Thursday and continuing into the weekend.”

Heat warnings are issued when very high-temperature conditions are expected to pose an elevated risk of heat illnesses, such as heat stroke or heat exhaustion.