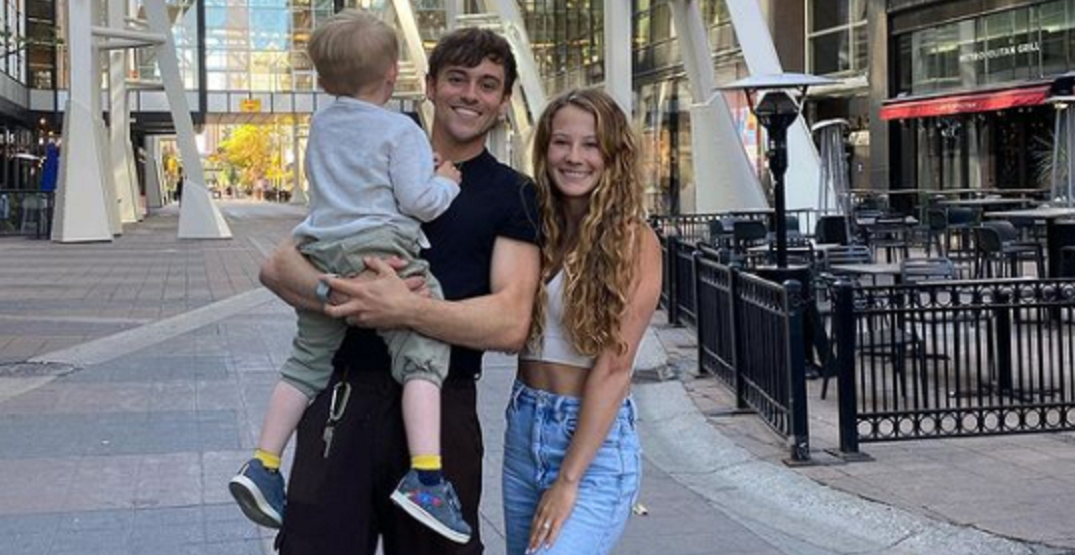 The Tom Daley Hive has added another member to its fan club.

Canadian Olympian diver Caeli McKay posted pictures hanging out on Calgary’s Stephen Avenue alongside the British diver who picked up a gold medal in the synchronized 10-metre platform event at this year’s Tokyo Olympics.

“My lunch date was better than yours,” McKay wrote in the caption.

McKay had previously won a gold medal at the 2019 Pan American Games in the 10 m synchro diving event, and finished fourth in Tokyo in the same event.

Daley first grew to prominence at the 2012 London Olympics, picking up a bronze medal in the 10m platform event on his home soil. He won another bronze in the 10 m synchro event in Rio in 2016, and again won a 10 m platform bronze in Tokyo for his fourth Olympic medal.

Daley has been stationed in Calgary for the last few weeks while his husband, screenwriter Dustin Lance Black, is in town working on a project.