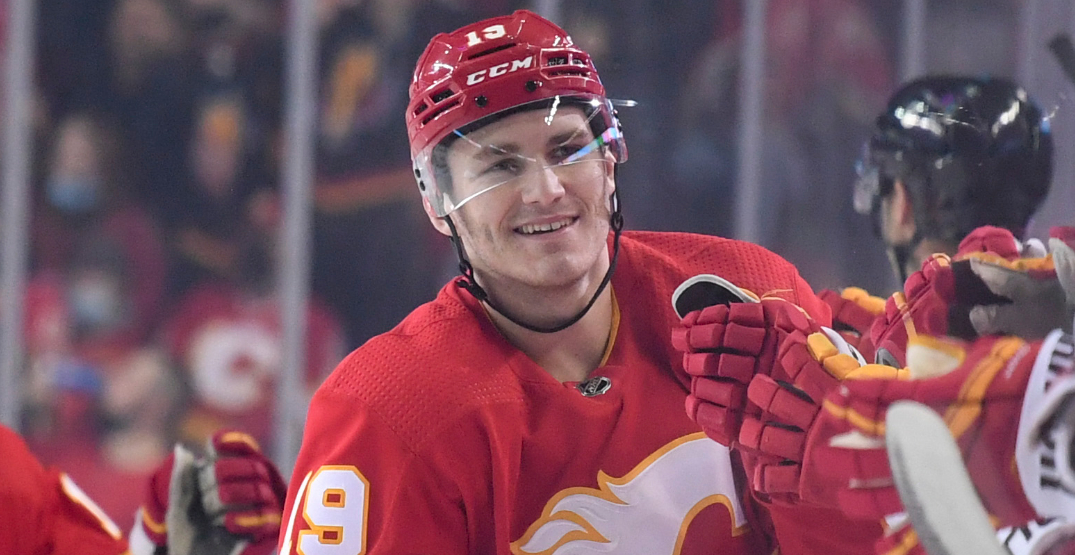 But not without a proper goodbye.

On Sunday, Tkachuk put together a touching video for teammates, fans, the city, province, and everyone associated with the Calgary Flames organization.

The 24-year-old was moved as part of a blockbuster sign-and-trade deal involving the Florida Panthers last week.

“I’ve loved it here. I’ve grown up here. The more I think about it, I came here and didn’t know anything about Canada or Western Canada,” Tkachuk starts in the video, which also depicts his draft day, first NHL goal, and his 40th goal and 100th point in the 2021-22 season.

“This is one of the hardest decisions of my entire life.

“And you guys, the fans, were so unbelievably important. The energy you guys provided, the passion…it was unbelievable playing in front of you guys. Something that I’ll never forget. Those are some of my greatest memories.”

He was flipped to Florida in exchange for a package that included forward Jonathan Huberdeau and defenceman MacKenzie Weegar on Thursday after announcing he wouldn’t sign a long-term extension in Calgary.

His departure came a week after longtime franchise face Johnny Gaudreau left the Flames as an unrestricted free agent. Gaudreau took to the pages of The Players’ Tribune to share his emotions with fans.

“The first six years of my NHL careers have been really life-changing,” Tkachuk continued. “I was involved in so many things off-ice with so many great people. Everything I learned there, the people I met, the people in and outside the organization, my teammates, going down to all the trainers, they mean so much to me…every single one of them.

“Some of the best memories and something I’ll cherish forever. Thank you for letting me be a part of your guys’ community. Alberta, living there, it’s something special. I really appreciate you guys welcoming me.

“Until we meet again.”