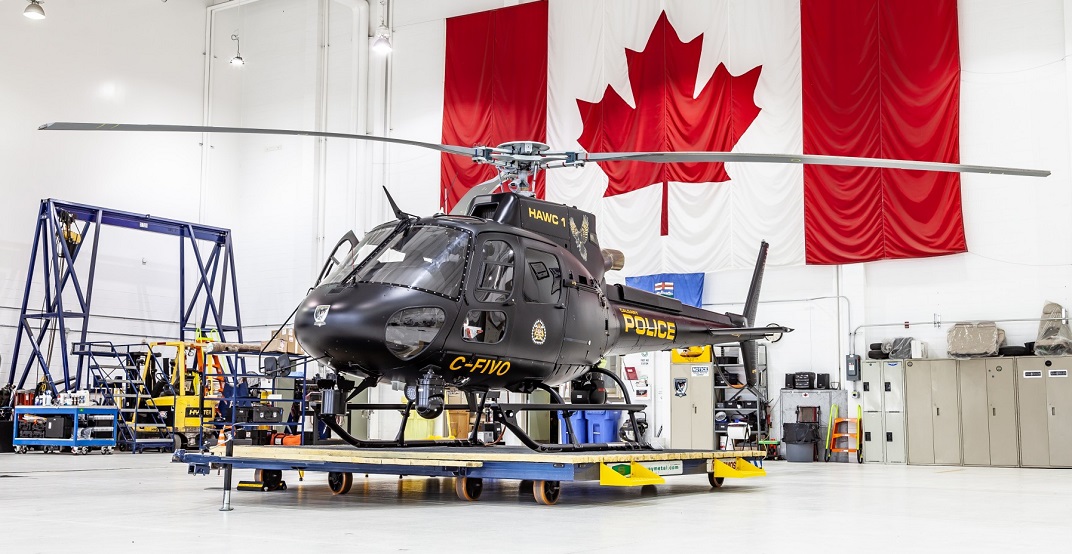 The Calgary Police Service just got a brand new vehicle.

A release from CPS states that they just received the first of two new helicopters that were ordered to replace their existing, and aging, helicopters.

Originally, the plan had been for the service to replace their old ones in 2013 and 2016, but they ultimately decided to invest in upgrades that would extend the life of their existing units.

However, upcoming maintenance costs were determined in 2018, and the decision was made to finally replace them.

The first of the two new vehicles recently arrived in Calgary and was assembled locally by Eagle Copters Ltd.

According to the release, the Calgary Police Service’s Helicopter Air Watch for Community Safety (HAWKS) responded to a total of 4,121 calls for service in 2019 alone, resulting in 761 arrests and 2,366 charges.

“HAWCS is an exceptional resource for our Service. Whether we are responding to public safety incidents, searching for vulnerable people, or locating offenders, we would not have the same success without HAWCS,” said Deputy Chief Chad Tawfik of the Bureau of Community Policing in the release.

“We have seen countless examples where HAWCS was the difference maker in resolving an incident successfully.”

According to the release, a HAWKS helicopter can travel from one end of the city to the other in eight minutes.