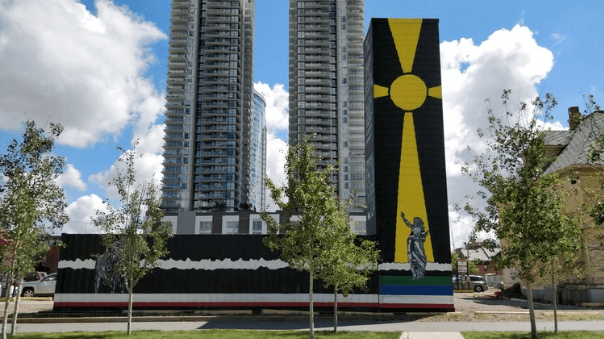 Fireflies at Twilight, a temporary installation that was painted on two 40-foot shipping containers and erected earlier this month, was created in honour of the Treaty 7 Territories people and lands, according to a release from CLMC.

The piece is part of Springboard Performances containR project, which aims to retrofit shipping containers through art and place them throughout communities.

Adrian Stimson, an award-winning Siksika artist, created the piece as a visual interpretation of a quote made by Siksika First Nation’s Chief Crowfoot.

“A little while and I will be gone from among you, whither I cannot tell. From nowhere we come, into nowhere we go. What is life? It is a flash of firefly in the night. It is a breath of a buffalo in the wintertime. It is as the little shadow that runs across the grass and loses itself in the sunset.” 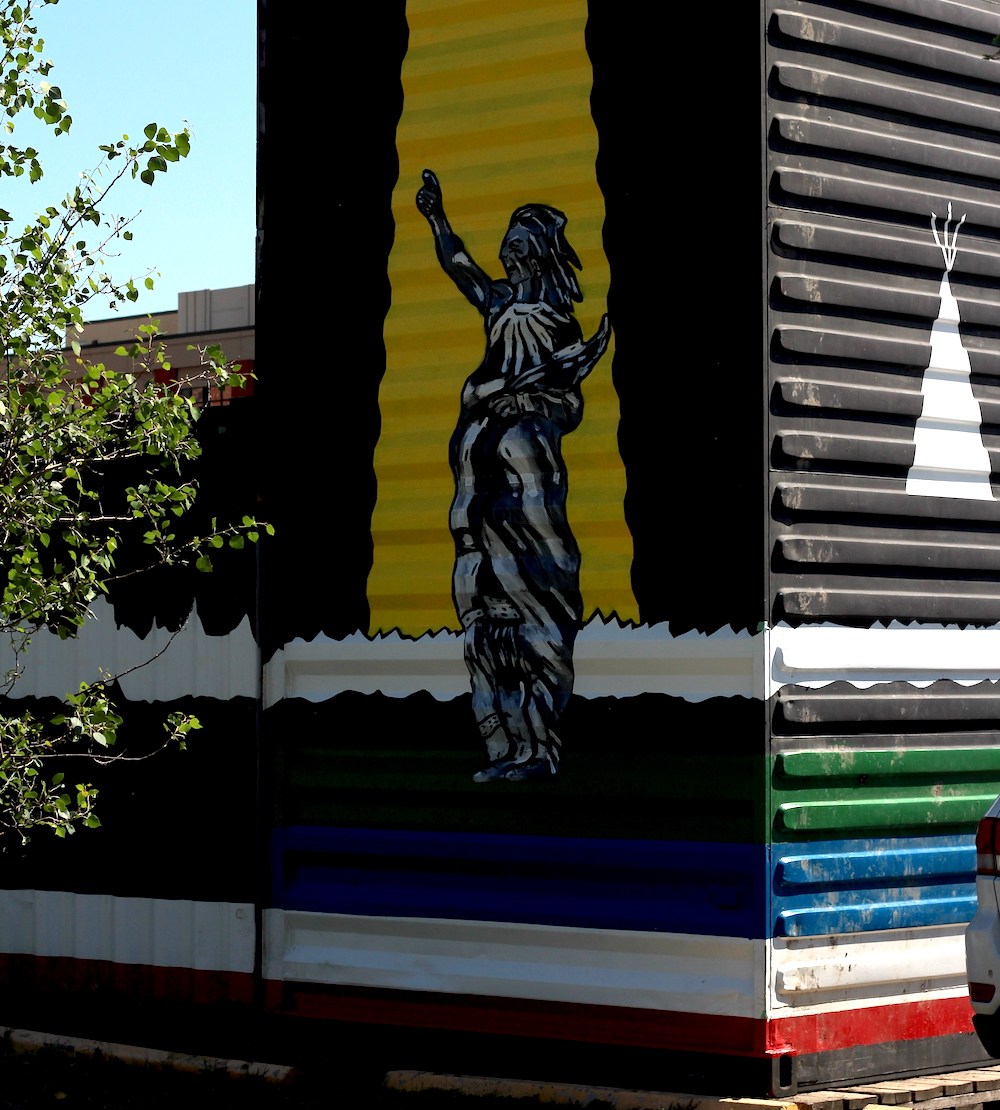 “Fireflies at Twilight gave me the opportunity to visualize Chief Crowfoot’s last words, like Writing on Stone, the surface of the container offered me an opportunity to explore the theme in an unconventional way and to tell stories,” said Stimson in the release.

“The Fireflies, the bison, the landscape, re-imagined petroglyphs, Treaty Seven, Chief Crowfoot and his last words, combine to make space for Indigenous knowledge and understanding. I believe art can inspire change, containR can hold those stories and be that space where we can re-imagine our relationships to each other and the land we inhabit.”

The project was supported through the Calgary Foundation, Springboard Performance, the Community Fund for Canada’s 150, the Government of Canada, and the CIP Community Investment Program Grant.

The art installation will be in place at East Victoria Park until November 2018.