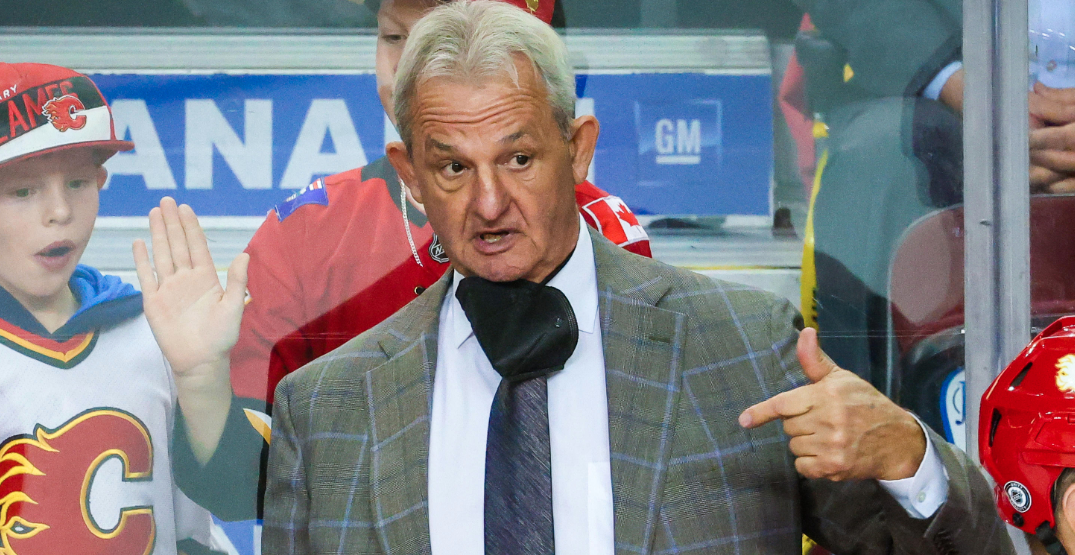 The suddenly slumping Calgary Flames are missing something, and Darryl Sutter doesn’t need a map to find out what it is.

“The emotional level of our group has been lacking for a period of time now,” Sutter said after a 4-1 loss against the Ottawa Senators on Thursday — Calgary’s fourth straight regulation setback.

“I think [Milan Lucic] recognized that and tried to grab on to it tonight, but there has to be a lot more out of the whole group in terms of that.

“I don’t think there’s enough disappointment when they lose. There’s just not enough emotion in our game right now.”

"It's disappointing that the energy and the emotion was lacking in our game."

Darryl Sutter checks in after tonight's 4-1 setback to the Senators. pic.twitter.com/1FSKmKcZgn

On December 3, Calgary was tops in the NHL with 35 points, and third with a .729 winning percentage.

Fast forward five weeks, and Sutter’s Flames have fallen to the middle of the pack in both statistics and woke up January 14 one point back of the San Jose Sharks for the second wild card into the Stanley Cup Playoffs from the Western Conference.

Granted, the Flames would be in based on a points percentage calculation.

But there’s probably little comfort in that nearly midway through the stop-and-start season.

“It’s definitely not the way we want it to be right now,” said Flames forward Matthew Tkachuk, Calgary’s lone scorer in the loss. “Thank God we had the start we did, it will keep us in it still. There’s no panic by any stretch, but we want to fix this and only have eight left before all star so we’d love to get this figured out soon so we can go on a little bit of a roll before that all-star break.

“We got to start maybe focusing in on winning the little things first and then the full game will take care of itself, but when a shift, win the first shift, win a period, win the first half of the game,” Tkachuk said postgame. “We might have to dumb it down a bit when it comes to our focus.”

Milan Lucic and Matthew Tkachuk reflect on the loss to Ottawa. pic.twitter.com/P2wZmBDJUU

Tkachuk is one of four players that have accumulated for nearly 60% of Calgary’s goals this season.

He has 16 on the season, second only to Andrew Mangiapane’s 18 markers on the campaign. Johnny Gaudreau has 15, and Elias Lindholm has 12.

The rest of the roster has amassed 44.

It’s another issue plaguing the Flames.

So too has been the team’s defence.

It has things heating up in Calgary.

“There has to be a lot more guys able to handle adversity,” Sutter said. “That’s a big challenge for this group. It’s still so much of a process that it can be frustrating, but at the same time, we can dig in and play better.”