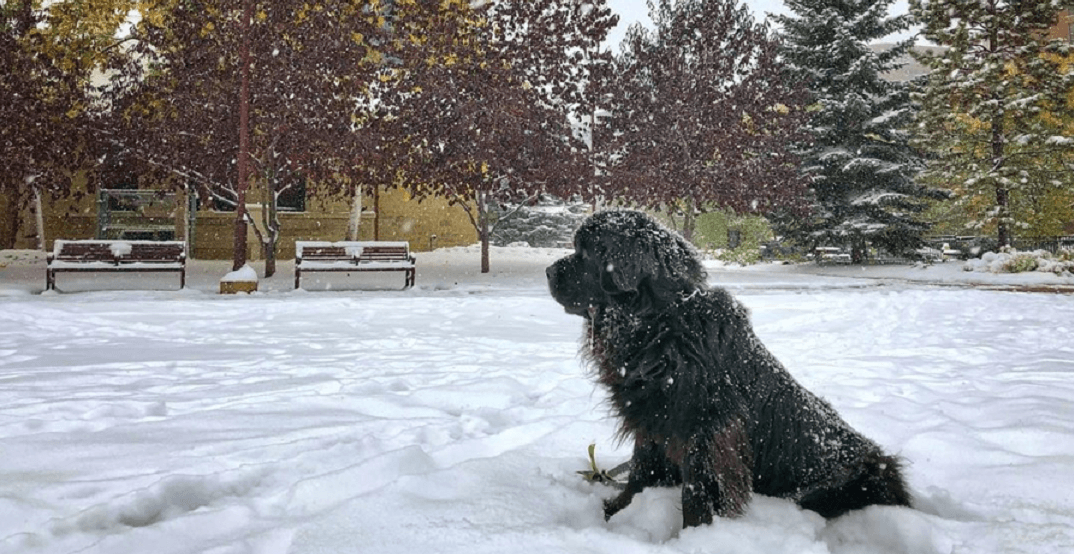 We’re sure you don’t need a news article to tell you that Calgary was just hit by a lot of snow this past weekend.

Anyone who has been trying to get anywhere in YYC over the past few days will know that the snowdrifts are high, the roads are a mess, and the entire city has been blanketed in white.

But, if you’re hoping to find out exactly how much snow fell over the weekend — and how it stacks up to past years on record — we’ve got you covered.

According to Environment Canada, a total of 24.6 cm of snow fell on Sunday, September 29 alone, marking the snowiest September day that the city has ever seen… well, at least since records began way back in 1881.

The total snowfall currently sits at a depth of 26 cm, which Twitter account YYC Weather Records states is just 4 cm away from the deepest snow ever recorded during fall — meaning that the current coverage is deeper than what we’d usually see even in October, November, or the start of December.

Near record snow depth. Today’s 26cm of snow cover brought #Calgary within 4cm of the deepest ever recorded during fall. #YycWx

And while a snowfall warning does remain in effect from Environment Canada (it was renewed as of 4:36 am Monday morning) it appears that the worst of it is over.

Here’s hoping that the highs of 10°C on Wednesday and 13 to 16°C over the weekend will melt all the white stuff away sooner rather than later!