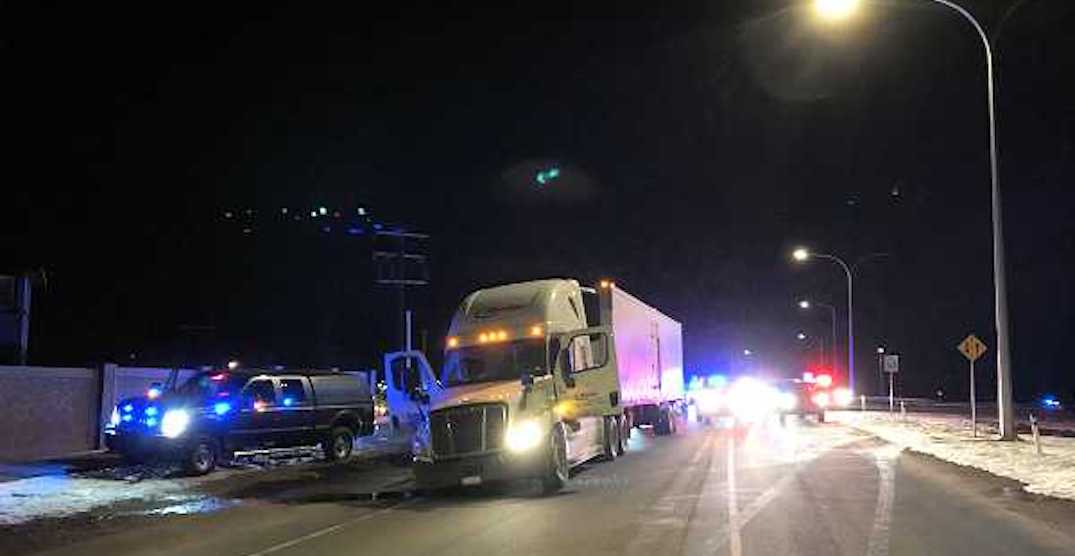 What started with a simple vehicle theft, quickly led to an all-out car chase heading southbound on Highway 2.

A semi truck was stolen from Red Deer on March 23, used to smash into parked vehicles, and then failed to stop for police at around 9:45 pm Friday night. 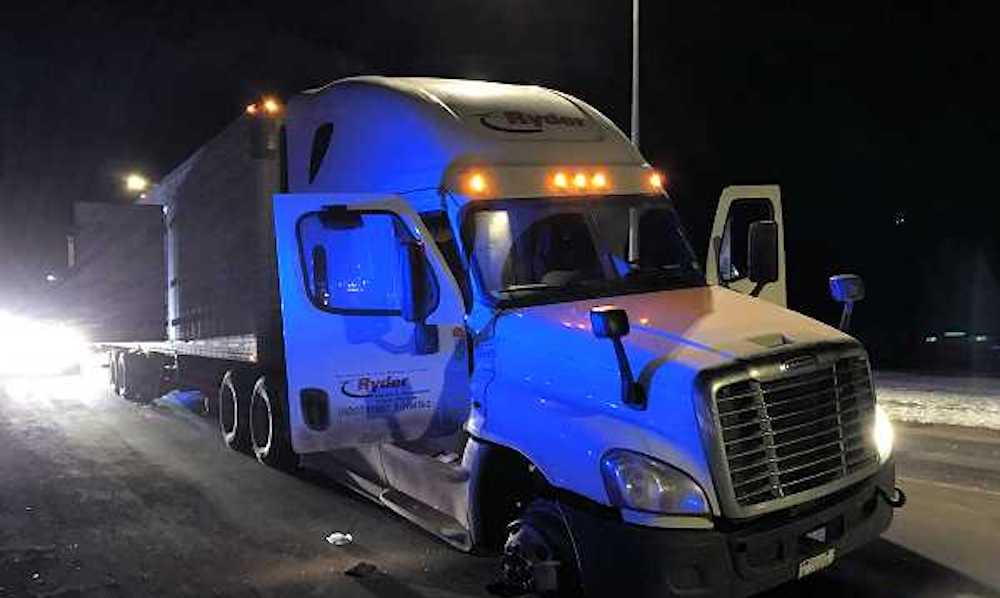 Eventually the truck turned off onto Highway 2A, through Crossfield, and into the City of Airdrie.

It was there that a tactical intervention was made by the RCMP Emergency Response team, the Calgary Police Service TAC, and their HAWCS helicopter. Together they brought the truck to a stop.

One man was arrested and is currently in custody.

Anyone with information on the incident is asked to contact the Airdrie RCMP at 403-945-7200, or anonymously through Crime Stoppers by calling 1-800-222-8477, or online through their website.