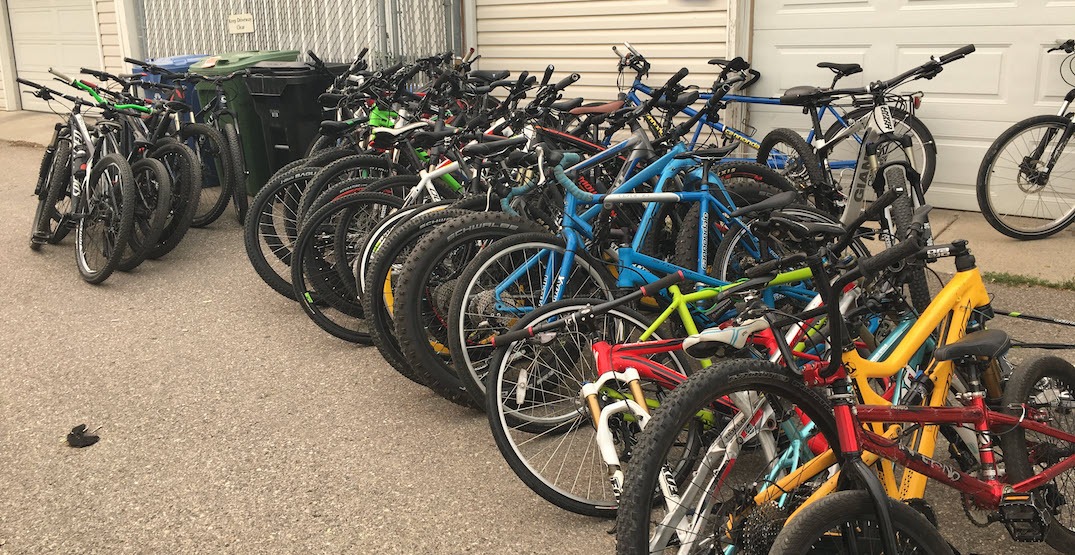 The Calgary Police Service just make a serious bust worth around $70,000, and we’re not talking about drugs or firearms here.

A total of 41 high-end mountain and road racing bikes were found in the detached garage of a 43rd Street NE residence on Thursday, August 15, along with a single tandem bike.

Police are asking Calgarians to come forward if they have had their bike stolen within the past year, and believe that the bikes were taken from storage lockers inside condo or apartment complexes throughout the city.

Only seven of the bikes’ rightful owners have been located through stolen bike reports thus far, and anyone that thinks their bike may be among the remaining 34 should contact Constable Langham or Constable Hostland by calling 403-428-6400, or through email at [email protected] and [email protected].

Charges have not yet been laid as a result of the investigation, and police are asking anyone with information on the crime to come forward by contacting the officers through the channels provided above, phoning 1-800-222-8477, or reaching out anonymously through Crime Stoppers by calling 1-800-222-8477 or online through their website.

Anyone who has had their bike stolen in Calgary can file a stolen bike police report online at calgarypolice.ca, which will make it easier for police to identify the rightful owners of recovered bicycles.