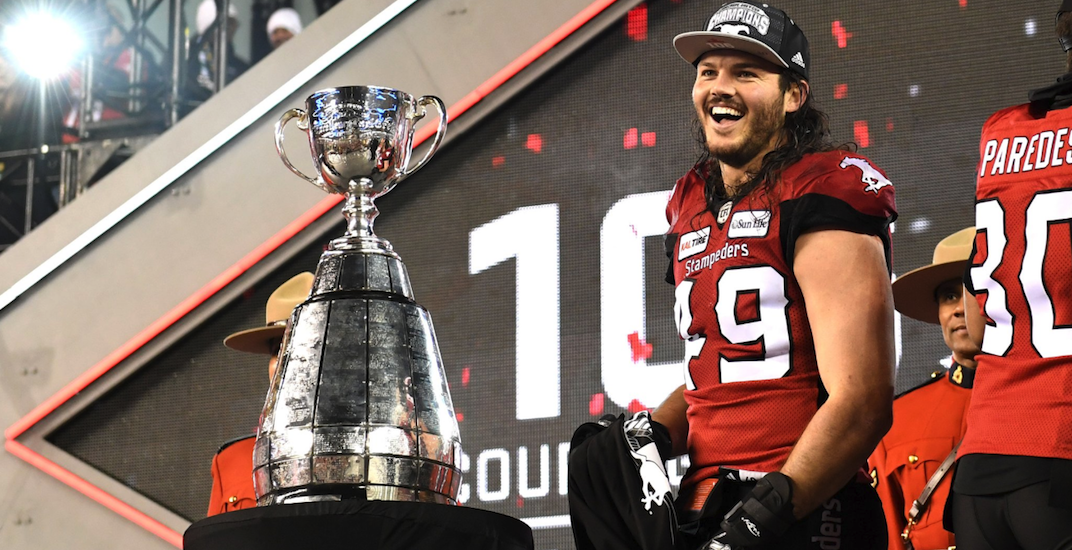 The Calgary Stampeders took home the Grey Cup after a hard-fought game on Sunday against the Ottawa RedBlacks, and the city is throwing a rally in the team’s honour on Tuesday.

While some Stamps fans made their way up to Edmonton to watch the game live, many more cheered on from their Calgary homes — and now Calgary Mayor Naheed Nenshi wants to bring them all together for a proper party.

“The Stamps’ win was absolutely thrilling and I know that Calgarians want to come together and celebrate with the team,” said Mayor Nenshi in a release from the city.

“We’ll also be collecting donations for the Calgary Food Bank at the rally. So come on out, show your Stampeders’ pride, and help your fellow Calgarians at the same time.”

The rally will be held on Tuesday, November 27 starting at noon, and will feature entertainment from Stamps’ mascot Ralph the Dog and the Outriders cheerleaders.

There will also be food trucks on scene, some giveaways for attendees, the Stampeders players and coaches, and a trailer offering official 2018 Grey Cup merchandise.

Traffic on Macleod Trail northbound between 9th and 6th Avenue and 8th Avenue between MacLeod Trail and 1st Street SE will be closed from 9 am to 3 pm for the rally, which is free to attend.

Admission: Free, though a donation to the Food Bank is encouraged